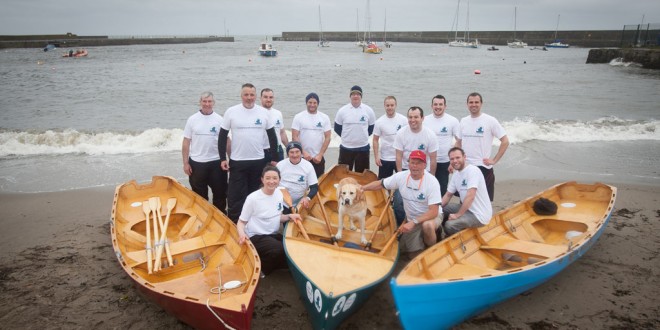 The Row-A-Round crew who will arrived in Lahinch on Saturday at the midway point in their circumnavigation of the island of Ireland.

A crew of 20 rowers who have been circumnavigating the island of Ireland in a self-built 15ft skiff – a round trip of almost 1000 nautical miles – will arrive in Lahinch on Saturday, marking the half way point of their challenge.

To celebrate this significant stage in their gruelling challenge in raising funds for Cystic Fibrosis Ireland, the rowers will be greeted by a party atmosphere at the promenade from 2pm.

Lyons tea, who are sponsors, will erect a large marquee and will serve refreshments including their renowned tea to guests while there will also be a large kids play area for children to enjoy.

The Row-A-Round Ireland crew hope to raise some additional funds at the half way celebrations as they strive to meet their ambitious fundraising target. All money raised will go towards fighting Cystic Fibrosis, a fatal genetic disease that affects approximately 1 in 1600 births in Ireland – the country with the highest incidence of CF in the developed world.

Among those in the greeting party will be Deborah Kett, secretary of Cystic Fibrosis Clare and mother to Hannah, who has CF.

“On behalf of all families nationwide who are affected by Cystic Fibrosis, I would like to thank the Row-A-Round Ireland team for this huge undertaking which is going to make a significant difference to many people, through both the fundraising and awareness.

”At present time, although Cystic Fibrosis continues to be a serious and debilitating illness, things are looking more and more optimistic as research continues. However, if it was not for initiatives such as Row-A-Round Ireland and their substantial fundraising, the charity would not be a position to offer a vast amount of services to people with CF (PWCF) and their families. We are looking to the future and the quality of life of CF sufferers is looking brighter and brighter,” she said.

Clare County Councillor, Claire Colleran-Molloy, who lost a niece and nephew to CF, appealed to the local community to get behind the Row – A –Row Ireland initiative and support Ger Crowley and the team in fundraising for Cystic Fibrosis.

Although the journey consists of 50 one-day legs, the changeable Irish weather meant the crew allowed 120 days to complete the challenge safely, having set off from Bray harbour on May 30.

“It’s hard to believe we are about to hit the half way point having covered over 500 nautical miles since departing Bray Harbour less than two months ago. Thankfully the weather has been mostly in our favour and we have tried to row as many days as possible,” Ger Crowley told The Clare Champion.

“The local coastal community welcome into harbours, quays and jettys along the way has blown us away. We really are eternally grateful to everyone for all their support so and we’re extremely excited about landing into Lahinch on Saturday for a half way celebration.” added Ger who built the boat.

The challenge also involves shore-based logistical support with a vehicle following the crew on land, bringing change-over crews to intended landing areas, spares for repairs, food and also serving as a retrieval vehicle where beach landings are involved. 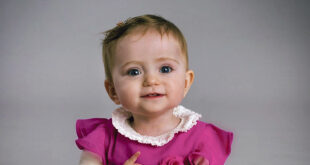