Home » News » Know my number, save my life 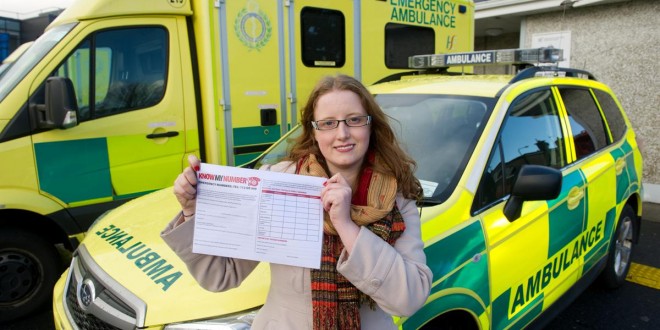 Know my number, save my life

THOUSANDS of businesses and householders in Clare have been urged to avail of a new emergency brochure, aimed at reducing response times for emergencies in the county.

Approximately 10,000 Know My Number brochures will be printed by promoters who say it is the first of its kind in the country and could become a pilot project for a national rollout.

In addition to reducing the length of time it takes to get details during an emergency call, the brochure will also speed up the response times to get to the scene of major trauma calls.

Inch woman Paula McNamara was compelled to develop the leaflet last January after concerns were raised over emergency response times in the West of Ireland.

“My hope is this will shave off valuable minutes and hopefully save lives,” she said.
Ms McNamara explained this leaflet was created as a way to direct emergency vehicles to your home faster in an emergency.
“In the event the householder is incapacitated and needs medical attention all the information needed for medical assistance is there. This card can be kept in a person’s own home by the phone or on your refrigerator,” she said.

The brochure was produced following consultation with emergency services such as the Gardai, local GPs and paramedics who came up with a list of the most common questions that a person is asked during an emergency call. The leaflet includes space for a person to give details of their GP, postal code, road number and nearest landmark location as well as the family’s medical history and allergies.

From Friday the leaflet will be available in Garda Stations, libraries, fire stations and from Clare Education Service, which will send a digital copy to every school in the county.

This initiative was inspired by a conversation with Ms McNamara’s sister, Rosa who was involved in training emergency medical technicians as well as working as a casualty doctor in Limerick.

Rosa McNamara pointed out that sometimes the directions given by people in an emergency situation, because of stress or panic weren’t clear, this meant the ambulance drivers could spend longer trying to find the house.