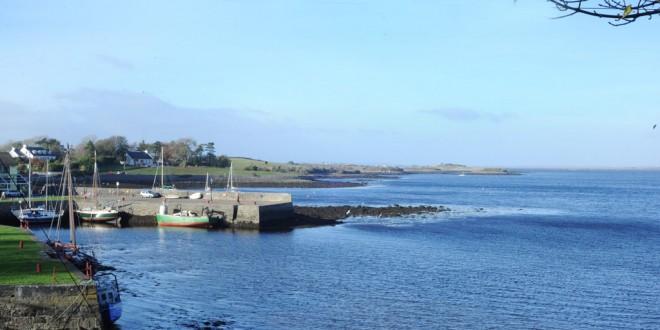 The tendering process for the long-awaited sewage treatment plant in Kinvara.

THE long-awaited sewage treatment plant planned for Kinvara is a step closer to becoming a reality after Irish Water confirmed in the past week that it has begun the tendering process for it and also a new sewage pipe network to serve the town.

For decades, locals and public representatives have campaigned for a sewage treatment plant for the village.

On hearing the news, Fine Gael Deputy Ciarán Cannon said, “We’re almost there and I’m delighted to have received this news from Irish Water. The tendering process for both the new plant and new network has finally begun and Irish Water will be seeking tenders from a preferred panel of contractors, who have already been through a serious process of scrutiny to determine that they are capable of delivering on such a contract.

“The people of Kinvara have been very patient while witnessing raw sewage pouring into their beautiful bay on a regular basis. I know that at times they have had serious doubts as to whether this project would ever be started.

“We are now close to completion of a very long process, which began with former Minister Phil Hogan allocating €5.2 million to the project in 2011 and there is no going back now,” said Deputy Cannon.

The construction of the Kinvara sewage plant was included in Irish Water’s Investment Plan 2014-2016 published earlier this year and it is one of a number of projects planned for Galway during that period.

“Irish Water has confirmed to me that the tendering process will lead to a contractor being appointed in early 2015, with works commencing soon after. I expect the construction works to take about a year.

“There are some parts of the town of Kinvara, in particular the most recently developed parts, that are not yet included in the plans for the new pipe network. I am making a strong case to Irish Water to have them included and I’m hopeful that they will as they are currently using individual treatment plants, which is not sustainable in the long term.

“This very positive news emanating from Irish Water now gives the certainty that Kinvara has long awaited. The community can finally begin planning for all the new opportunities that a pristine quay and bay can provide,” concluded Deputy Cannon.