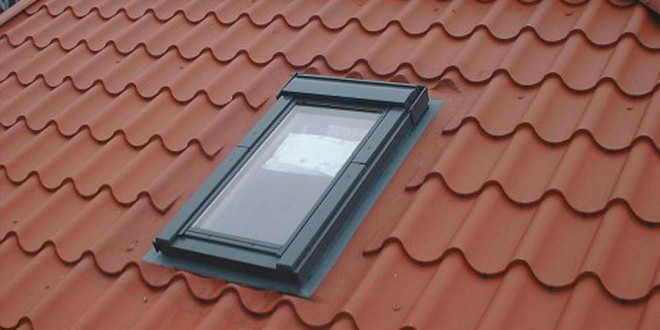 A Nordman roof with a skylight.

KILRUSH-based manufacturing company, Nordman Profile Limited, is in line to be awarded at least part of the Dublin modular housing contract for homeless families.
The company, which was established in 1990, is this week participating in a demonstration project, organised by Dublin City Council and the Dublin Region Homeless Executive Agency, to construct modular homes for homeless families.
“This is a unique opportunity to help families in need, while sustaining employment in West Clare,” Nordman managing director Pat Kilkenny said.
Dublin City councillors are being presented with plans to build up to 200 homes. There are more than 600 families living in emergency accommodation in hotels and B&Bs in the Dublin area, at an estimated annual cost to the State of almost €10 million. The homeless list is growing by about 75 families per month. Last month, 1,275 children from 607 families were living in emergency accommodation.
Nordman Profile is participating in the Dublin modular housing project with Dutch modular housing specialists, Spacebox. Nordman has erected a demonstration home using the Spacebox design, along with five other exhibitors. The modular houses are faster to build and cheaper than conventional housing.
The Nordman Spacebox modular home has been visited by Environment Minister Alan Kelly and Paudie Coffey, Minister of State for Housing, as well as senior figures in Dublin City Council and more than 160 representatives from local authorities.
“The response from visitors has been amazingly positive and encouraging,” said Mr Kilkenny.
Nordman has been supplying steel components, cladding and roofing for construction of homes, hotels, schools and commercial buildings for more than 25 years. The company hopes it can secure at least part of the anticipated order for new modular homes in the Dublin region, with beneficial effects in Kilrush.

COROFIN-based artists and book binder, Éilís Murphy continues to fly the flag for an age-old …