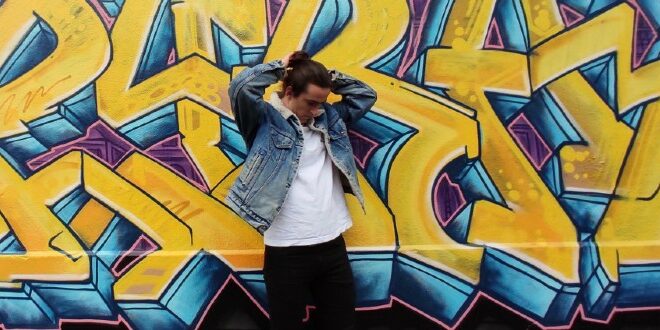 KILNABOY native Manus Malone has been selected as one of Ireland’s young creative contributors to a new online series on the challenges that face those who choose the path less travelled in life.

‘Creative Flow’ is produced and created by Limerick native Sarah Edel Hayes, who interviews Manus, and a number of other seasoned and emerging voices from a range of artistic fields.

The short series, which launched on SarahEdel.com earlier this month took inspiration from the many conversations that began out of lockdown in Ireland. Sarah said that she wanted to chat to creatives about what it’s really like to follow a creative passion in modern-day Ireland and the challenges that brings to an individual pursuing a creative career.

Manus Malone is an up and coming DJ and producer who has played on the stages of Electric Picnic. Since the pandemic restrictions, he has recently turned his hand to writing and producing his own music. In late August, Manus released his first EP called, ‘Gradual Movements’, which is described as a “healthy mix of house, techno and breaks”.

Manus’s interview discusses how he found his own creative flow within music production, his new EP and where he sees the Irish music scene going.

His route into DJ and music production is an interesting one, particularly in a county so devoted to traditional forms.

“I’d ask a friend of my auld lads or my hurling trainer what they were listening to as a kid,” Manus said, “and it just opened up my awareness to so many different genres of music.” After his studies at St Flannan’s in Ennis, Manus went to college in Limerick and Dublin where he also developed his natural talent for reading crowds and responding with music.

Along with Jack Banks and Séamas Hyland, Manus was the co-founder of the Disco Anocht, a music event, encouraging use of Gaeilge.

“One thing just led to another and DJ-ing in a professional capacity started for me and it really hasn’t stopped since,” Manus said. “I’ve been DJ-ing the past four or five years but I’ve recently gotten into music production. Production is a completely new side to creativity for me, which I suppose I’d been looking for in recent years. I’ve always been into music having played trad when I was younger but to have learned how to make the type of music that I love listening to has been so rewarding. Needless to say it’s definitely been a learning curve but in terms of finding creative flow, it’s definitely been worthwhile.”

Manus also identified an emerging scene linked with the revival of the Irish language.

“There’s a massive hip-hop scene surging throughout Ireland at the moment,” he said, “particularly in Limerick, Galway, Cork and Dublin — which is really great to see. I think what’s also so unique at the minute is how we’re seeing a revival of the Irish language through music right now, which is definitely coming out through different hip-hop acts like Kneecap and TPM.”

The arts is one of the sectors that has been particularly badly hit by the coronavirus and Sarah is hopeful that the Creative Flow series will highlight exactly why creative industries are needed now more than ever. She added that the aim of the series is “to inspire others in pursuit of their creative path and ignite real-life conversation about what it’s like to truly find creative flow”.

Sarah will be releasing a short video and interview on her website SarahEdel.com every Wednesday for the next few weeks showcasing the various creatives that she interviewed. Viewers are told to expect an array of people with different perspectives and outlooks as Sarah chats to up and coming DJs, music producers, influencers and bodybuilders.

Fiona McGarry joined The Clare Champion as a reporter after a four-year stint as producer of Morning Focus on Clare FM. Prior to that she worked for various radio, print and online titles, including Newstalk, Maximum Media and The Tuam Herald. Fiona’s media career began in her native Mayo when she joined Midwest Radio. She is the maker of a number of radio documentaries, funded by the Broadcasting Authority of Ireland (BAI). She has also availed of the Simon Cumbers Media Fund to report on development issues supported by Irish Aid in Haiti. She won a Justice Media Award for a short radio series on the work of Bedford Row Project, which supports prisoners and families in the Mid-West. Fiona also teaches on the Journalism programmes at NUI Galway. If you have a story and would like to get in touch with Fiona you can email her at fmcgarry@clarechampion.ie or telephone 065 6864146.
Previous Heritage tourism boost for Kilrush with Turret Lodge reopening
Next Irish Red Cross in Clare call for more volunteers