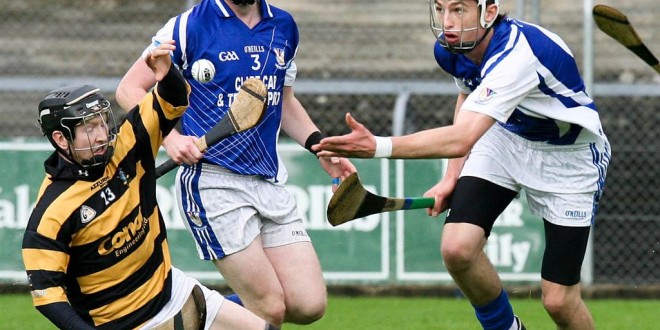 Team captain Conor Cleary was one of many stars as Kilmaley won the under 21 A hurling title at Cusack Park. Photograph Arthur Ellis.

Kilmaley secure u-21 A final place

They provided patrons with a very exciting minor A championship final in 2012 and they produced another exciting contest when they clashed in the under 21 A semi-final at Clonlara on Friday evening.

At the end of a very tight contest in 2012, Kilmaley led by the minimum margin. On this occasion they led by six when Ger Hoey called a halt to proceedings and few will dispute the merit of their latest success.

Over the hour they were the better balanced side and finished strongly to seal a place in next Saturday’s final.

They took a 0-3 to 0-1 lead after ten minutes and by the end of the first quarter they had extended this to 0-7 to 0-2. Their advantage could have been greater but Clarecastle goalie Jonathan Griffey made a fine save from Aidan Kennedy when a goal looked likely.

Three points separated the sides at half time when the score was 0-9 to 0-6. Clarecastle, who certainly missed the injured Pat Tuohy and Dylan Broderick from their line up, started the second half in determined mood and hit the first two points to cut the lead to the minimum margin.

That was as close as it got, however as Kilmaley responded with some fine scores.

The winners were three points ahead entering the final fifteen minutes and went on to finish strongly and double their advantage before the final whistle sounded.

Aidan McGuane, Conor Cleary, Brian Cahill, Sean and Aidan Kennedy, Padraig McNamara and Cian Moloney were prominent for the winners on an evening when Moloney top scored with 0-9 while McNamara hit four excellent points from play.

Gearoid Ryan, Conor Galvin, Mark McGuane and Bobby Duggan tried hard for the magpies but they just could not match the all round balance of Kilmaley.

Tulla caused a surprise when they overcame favourites Clonlara in the semi-final of the under 21 B championship at Sixmilebridge.

First half goals from Colin Corbett and Brian Fahy gave the winners a 2-4 to 0-7 half time advantage.

A goal from David Fitzgerald at the turn of the final quarter gave Clonlara followers hope but try as they did they could not get through for another and Tulla held on for a merited win on an evening when Niall Bolton, Daniel Vaughan, Brian Fahy and Colin Corbett impressed.

In next week’s final they will take on Cratloe

Previous Death of Frank Healy
Next Teachers to descend on Ennis 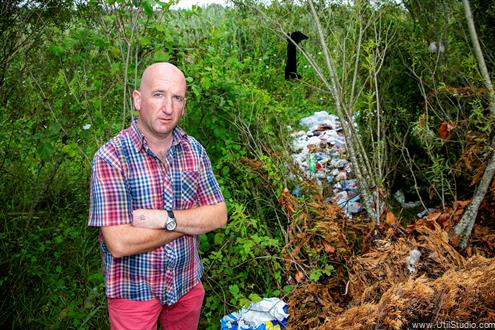 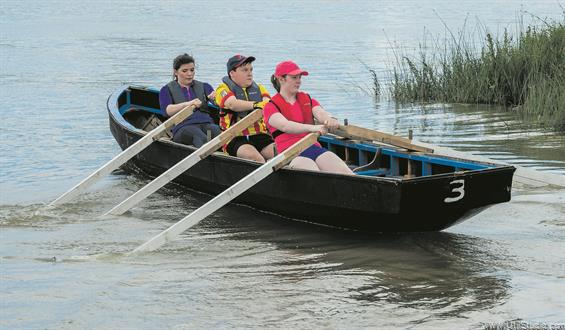 Making a splash at Clarecastle Regatta