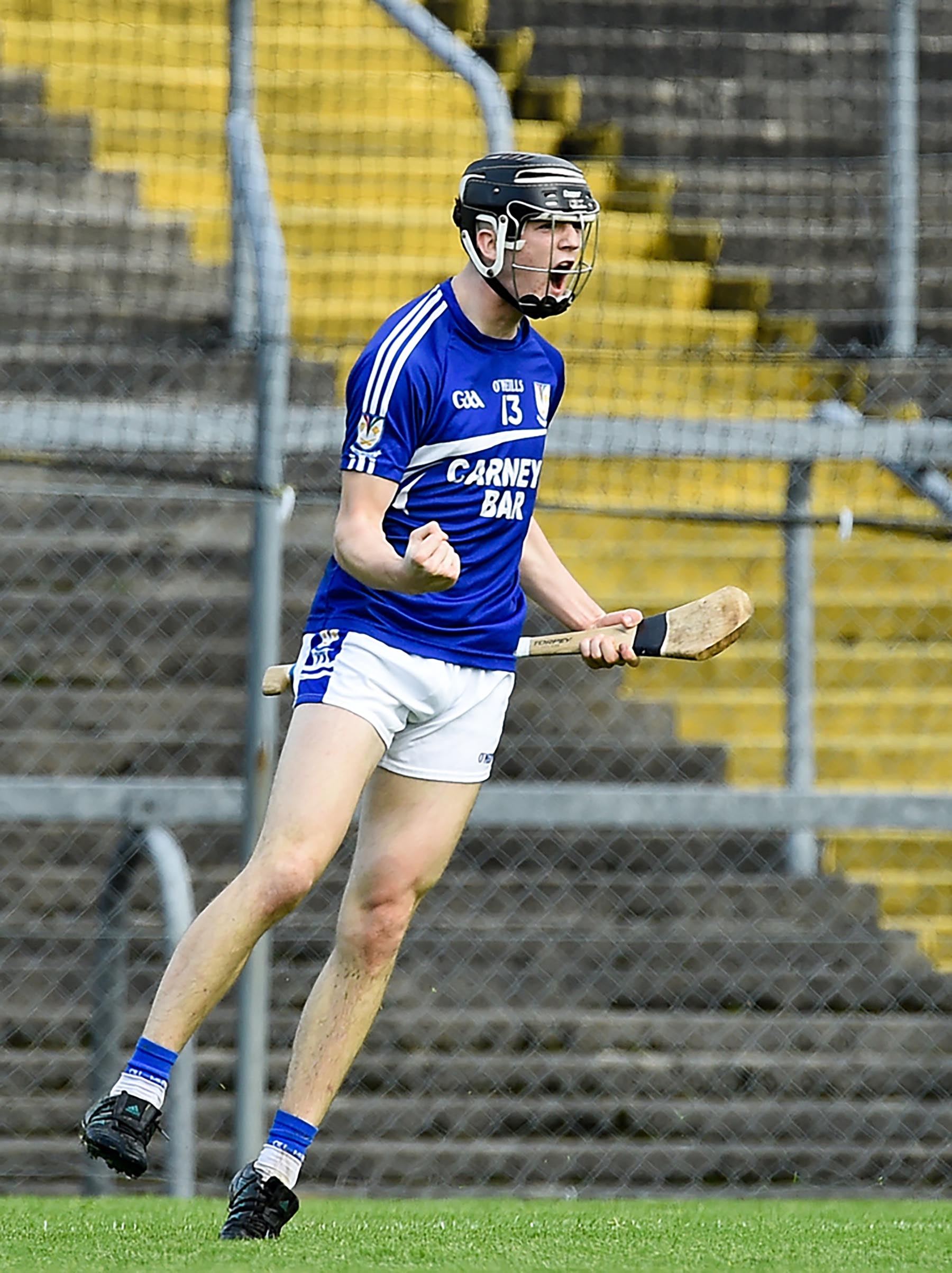 Kilmaley's Sean O Loughlin celebrates his goal against Tubber during their Intermediate final at Cusack park. Photograph by John Kelly.

After one year out of senior hurling Kilmaley are back in the top flight in Clare. At Cusack park this afternoon they were comfortable winners over Tubber in the final of the intermediate championship, justifying the favourites tag they have carried since the beginning of the season.

Sadly for Tubber they failed to trouble their opponents and the result of this one was clear long before the final whistle.

Cian Moloney gave Kilmaley the lead after just a minute and by the end of the first quarter they were five points clear with the score at 0-6 to 0-1. As the game went into injury time at the end of the half the scoreline read 0-8 to 0-4 in Kilmaley’s favour and Tubber followers held high hopes that they would be in contention for honours.

In the one minute of ‘injury time’ that was signalled at the end of the half, Kilmaley struck for a point from Michael O’Malley followed by a goal from Sean O’Loughlin who finished impressively having won possession from centre back Conor Cleary and these s cores rocked the Tubber challenge.

The winners stretched their lead to eleven in the opening three minutes of the new half with points from Cian Moloney (free) Daire Keane and Michael O’Malley and from here on the only question to be answered concerned the side of their winning margin.

Points were exchanged three times in the next seven minutes before the winners stretched their advantage to lead by thirteen points, 1-17 to 0-7 at the three quarter stage.

The team’s second goal came in injury time and was scored by long serving Alan Markham who had entered the frey for the final quarter.

The winners had many stars on the day including team captain Colin McGuane, Eamonn Bracken, Sean O’Loughlin, Daire Keane and Martin O’Connor to mention some. They Earley clan and Domhnaill McMahon got through some good work for Tubber on a day when Kilmaley proved much too strong. 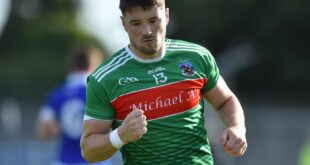