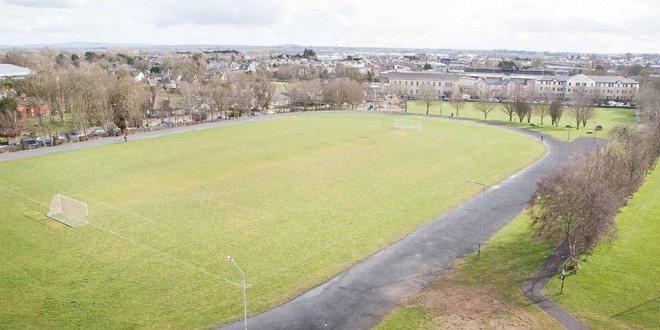 Tim Smythe Park. One of the locations in Ennis which received an A grade in the IBAL litter survey

THE three-day INIS Fest music festival, planned for Tim Smythe Park in Ennis at the end of June has been cancelled.

The announcement was made over the weekend and follows two meetings between the festival organisers, Impresario Events Limited, and local residents.

The residents had expressed their serious concerns about security, noise and traffic management issues, and their fears of possible anti-social behaviour and damage to their property, while questioning the legality of selling alcohol to as many as 3,500 patrons on the publicly-owned Fair Green in Ennis where drinking alcohol is banned.

In a statement on their website, Impresario Events, say following numerous consultations with residents in the vicinity of the festival venue, they have decided that a number of ongoing concerns of residents required to be addressed before a festival of this nature can take place.

“We are disappointed that such a positive event for the town of Ennis is not going ahead at this time but we look forward to working with all interests to stage such an event in the future,” said a spokesperson for Impresario Events.
Tickets already purchased for Inis Fest will be fully refunded.

Clare County Council has expressed its disappointment that INIS Fest is not proceeding and said it is satisfied that the organisers had the capability and capacity to professionally stage and manage INIS Fest 2015. The Event Management Plan was a robust template for the hosting and operation of the proposed festival at Active Ennis Tim Smythe Park.

The local authority said it is is aware of the risks for Impresario Events in undertaking such a venture and, in the absence of certainty around community support, understands the decision of Impresario Events not to proceed with the event.

Clare County Council, in conjunction with all other parties, is fully committed to supporting any initiative that aims to attract festivals and events to Ennis.