Home » Sports » The best is yet to come-Parker 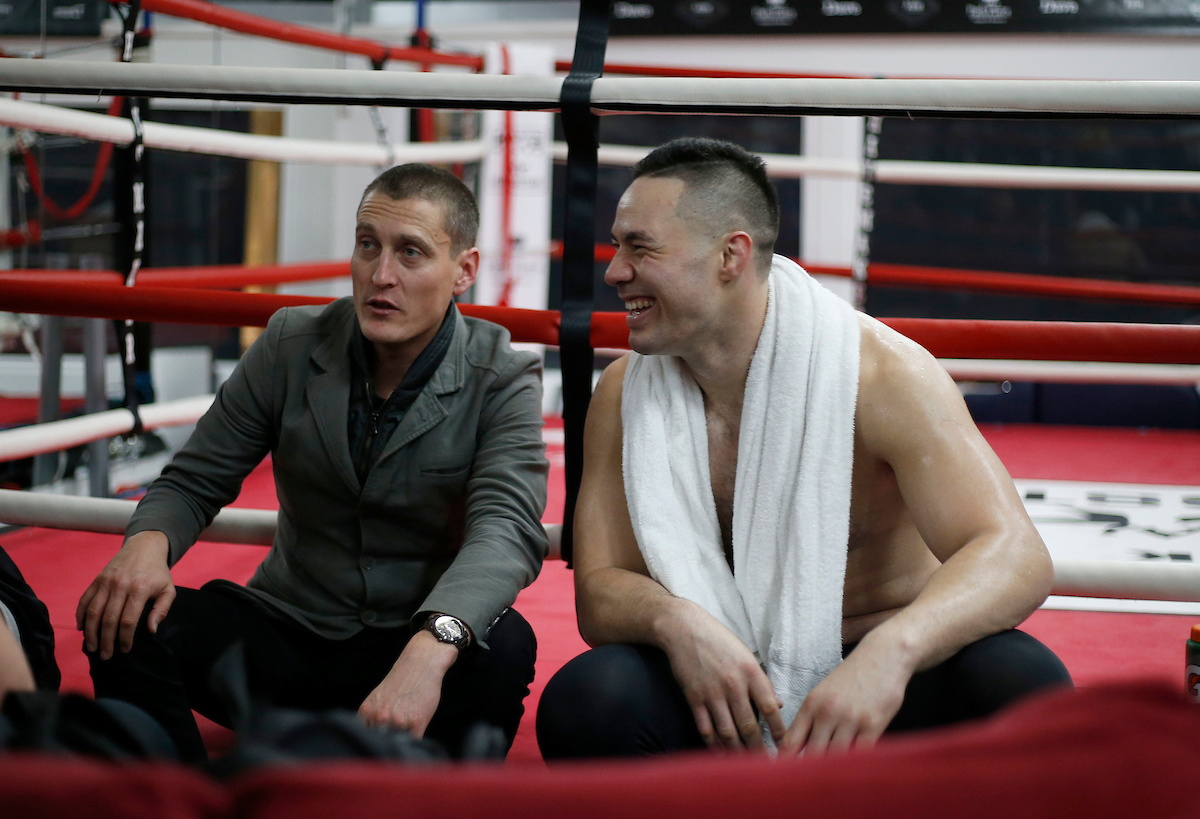 The best is yet to come-Parker

“YOU guys should be proud of David Higgins,” comes the endorsement from Joseph Parker, as he praises the promoter with Clare links, who has been with him since he turned professional.

Parker looks on the promoter almost as family nowadays. “It started off as promoter-boxer but now that I look at it, he’s like an older brother. The relationship is very strong , we’ve been working together for about five years and he’s made a big difference in terms of my life in boxing and in terms of helping me to achieve the goals I want to achieve. He took a chance in signing me up, not knowing if I was good or not. He’s put a lot of money behind me and into me over the years and now it’s paid off for us all.”

When he spoke to The Champion, the WBO heavyweight champion was in Las Vegas, where his trainer Kevin Barry is based. Putting distance between himself and family and friends in Auckland makes a difference, he feels. “It’s good for me to get away from New Zealand and all the distractions. Here, I can focus on training. All I do here is train, eat and sleep. Which, if you want to be successful in boxing, is what you must do.”

Getting in the best possible position to beat Anthony Joshua obviously requires a huge effort, but he says it also has to be fun. “The reason why we enjoy camp is, firstly, because we have a goal but also because we make it enjoyable. Every day there is laughter, there is joy, there is happiness. It’s already hard work as it is, so if you are miserable and you don’t look forward to it, it’s not going to help the process. But we have fun every day, we’re enjoying ourselves. You’ve got to enjoy the whole package and the whole journey.”

Absence and commitment
At the highest level, huge personal sacrifices must be made for success and in 2016 Parker’s build-up to the Andy Ruiz fight saw him miss the birth of his daughter and his sister’s wedding.
“Those are important dates that you want to attend, you want to be part of these special days. But, as a fighter, you sacrifice a few things, you’re trying to earn money to feed your family and look after your family. I named my daughter after my sister because I missed the wedding and when I am back, I spend a lot of time with my daughter. I try to make up for lost time. But I’m happy that I’m doing what I’m doing to give her a better future.”

It’s expected that Parker will come in at a much lighter weight for this fight and he has added a new strength and conditioning coach for this camp.

He hasn’t revealed who that person is as of yet but he feels their work has improved his chances of upsetting the undefeated Joshua. “It’s made a huge difference. It’s helped what we’re trying to achieve in this fight, we’re trying to be more agile, more angles, more movement. It’s complemented what we’ve been working on. It’s made a huge difference, which I’m very excited about showing come March 31.”
People will see a new shape to Joseph Parker at the weigh-in, he says. “I think everyone will see that I’ve been training very hard, I’ve been eating very clean, I haven’t been indulging in any pies of late!”

Taking on AJ
Joshua is a huge draw in world boxing; his likeable personality and awesome power having brought him mainstream fame and popularity among the wider public.

Few fighters, even other world champions, can ever hope to draw crowds and interest like the 28-year-old Englishman and Saturday will certainly be the biggest fight of Parker’s career to date.

While the Cardiff crowd will be far bigger and probably more partisan than anything he has fought in front of before, he says it is something to be embraced.

Before the fight was made, Parker joined in with his promoter in baiting the WBA and IBF champion.

Now with the contracts long signed, he makes no secret of his admiration for Joshua’s talent and for the durability he showed last April, when he recovered from a knock-down to defeat Klitschko in London. “Firstly, when he got off the canvas and came back and beat Klitschko, he showed the heart of a champion, which is why we have a lot of respect for him. The reason why we wanted to make this fight happen is because we love challenges, we want to face the best in the world, we don’t shy away from challenges.
“Every fighter has weaknesses, every fighter has strengths. I believe his strengths are that with each fight, he keeps getting better, he keeps learning, he comes forward, he’s got good power. But if I examine it, my movement is a bit better. A lot of people are judging me on the two previous fights I’ve had but I tell you this, from what we’re seeing in the gym now, it’s going to be a different fight altogether.”

David Higgins has made much of the fact that Klitschko was 41 years of age when they fought, but Parker won’t use that to denigrate Joshua’s victory. “I can’t really say much on that, I can’t really judge on Klitschko’s age. I know Klitschko, when he trains, he trains his house down and he’s always prepared. We can never say if age was a factor or not. Like I said, he did what he had to do and he got the job done, which is the main thing.”

“He’s not overrated or overhyped, he’s done what he had to do. We’ve done what we had to do on our side of the world and now we’re coming together. There’s going to be a few questions asked and, once the fight’s done, going to be answered.”

Time to deliver
In his first four years as a professional, Joshua knocked out 20 men. He enjoys a height and reach advantage over Parker, but the Kiwi says he has other strengths that can bring about a famous upset.

“The key will be movement, the key will be speed, the key will be accuracy and angles. There are a lot of things that we are working on that we’re seeing glimpses of in the gym. That’s why it’s so exciting because once we put this on display, it’s going to tell a different story of what we can do in the ring.”

Parker’s camp have made much out of the fact that he has never been knocked down in his career and he expects to remain upright on Saturday. “My chin has been tested a few times – in and out of the ring – and it hasn’t failed me yet!” he laughs.

Few in the northern hemisphere are very familiar with Parker and those who watched the Hughie Fury fight, when he laboured to a majority decision, weren’t very impressed.

If he is to be the first to defeat Joshua, much more will be required but the 26-year-old is sure he can deliver his best performance yet.

With preparations having gone as well as could be hoped for, Parker says he is in the best possible shape and the best fighter will win.