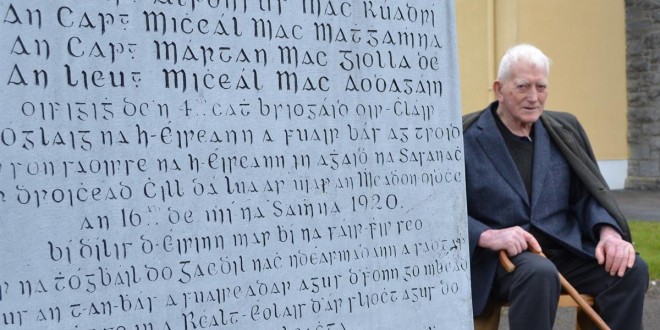 THE community of Feakle has laid to rest centenarian John Michael Tobin. He died last week in his 102nd year.

He was laid to rest in the local cemetery following funeral mass on Saturday at St Mary’s Church, Feakle.

He lived with his son, JJ in Feakle, up to his death and he is also survived by his daughter, Martina, extended family and friends.

John Michael was a post man in Feakle and a farmer. Hewas the last remaining person to have attended the funeral of the Scariff Martyrs, four men who were shot by Auxiliaries on Killaloe Bridge on November 16, 1920. John Michael attended their funeral with his mother on November 20, 1920.

Each Easter Sunday, a memorial event is held to these men organised by East Clare Memorial Committee. John Michael has laid a wreath at the graves of the Scariff Martyrs at each of the last three Easter commemorations.

Speaking about the late John Michael, Tomás MacConmara of the East Clare Memorial Committee said, “He was the last person alive to have attended the funeral of the Scariff Martyrs. He did that with his mother, who was a member of Cuman na mBan. He made reference to the funeral in that he remembers holding his mother’s hand. He was only eight years of age at the time. He remembered there was a big crowd there. It was his human connection to that funeral that we invited him to lay a wreath at the graveside since 2011”.

The East Clare Memorial Committee holds commemorations in both Tuamgraney and Scariff on Easter Sunday.

Previous First half goals key for Clare
Next Hey ref, it’s for charity 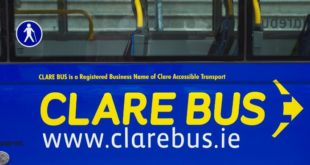