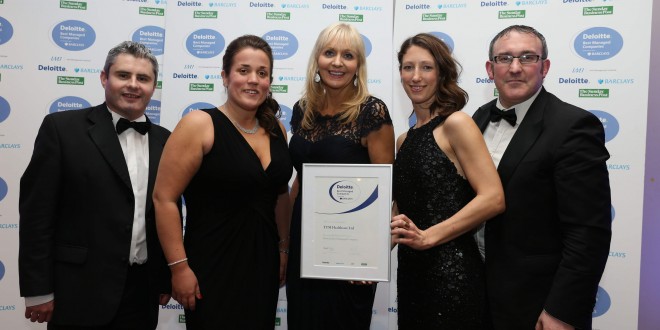 ENNIS company TTM Healthcare are set to announce the creation of “a substantial number of new jobs” in the coming months. It is understood that many of these jobs will be created in the company’s Ennis headquarters. TTM Healthcare was established in Ennis by Brian Crowley in 2002 and now has offices in Dublin, London, Lancashire and Berlin.
The announcement was made as the healthcare recruitment company recently celebrated requalifying as one of Ireland’s ‘Best Managed’ companies in the Deloitte Best Managed Companies Awards Programme.
The international company was first recognised as a Best Managed Company in 2012. The company, which demonstrated superior business performance for a third year running, was recognised at an awards gala dinner in Dublin. An Taoiseach, Enda Kenny, TD, congratulated the award winners in a keynote speech at the event.
CEO Brian Crowley commenting on the award said, “We were delighted to have our success story acknowledged by Deloitte’s ‘Best Managed Company’ Award again in 2014 which reinforces the message that our growth strategy is clearly working. We have always had a reputation for quality, trust and ethical standards – Deloitte have helped to reinforce this along with our loyal customers in Ireland and internationally. We have grown significantly since we established in 2002 and we will shortly be announcing further developments within the business that will see the creation of a substantial number of new jobs.”
Commenting, An Taoiseach, Enda Kenny, TD, said, “It is great to see so many indigenous Irish companies achieving this best in class standard and a good sign we can achieve the aim of becoming the best small country in the world for business. Companies like the award-winners are the job creators who are crucial to our economic recovery. The Government wants to build on the 61,000 new jobs created last year and, through the Action Plan for Jobs, will continue a relentless focus on creating jobs in the domestic economy.”
The Deloitte Best Managed Companies Awards Programme, in association with Barclays Bank Ireland, recognises indigenous Irish companies across the island of Ireland which are operating at the highest levels of business performance. 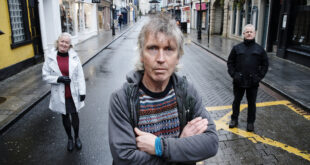