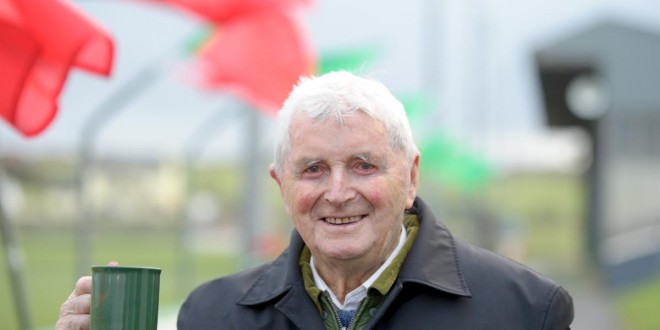 JIMMY Sexton is the oldest surviving Kilmurry Ibrickane footballer. Almost 86, Jimmy made his adult debut for Mullagh in 1943 and while the his local club were not senior for the duration of his career, he has been part of several senior championship successes in his role as a selector.

“When I was 11 years old I went on as a sub with the juniors. They were short a player,” he recounted in Quilty last Saturday.

“We had a poor team. We won junior and intermediate with Mullagh in the 50s but we couldn’t produce a senior team. I never played senior here but I played senior with Clohanes believe it or not. We were beaten in the Cusack Cup final. Three of us from Mullagh played with Clohanes and two from Quilty played with Miltown. It was around 1954,” he recalled.

Jimmy played minor and senior football for Clare before a knee injury finished him. His subsequent contribution to Kilmurry Ibrickane was as a mentor.

“I was involved with the team here ever since at senior and U/21. We won the senior in 1963 and 1966. We had selectors that time. We didn’t have a manager. In later years I was a selector with Patrick O’Dwyer. I was a selector. The only thing I was very disappointed with in the All-Ireland semi-final against Ballina was that (2005) a couple of moves that should have been made weren’t made. Otherwise we’d have got to the final at least. I’m not involved now with the last three or four years. I’m just there as a spectator,” the former St Flannan’s College footballer laughed.

The Mullagh man farmed for 45 years and is now back where he started, working in the family shop in the village.

While the 2014 Cusack Cup winning medals were presented on Saturday evening in Cooney’s, earlier in the day the Centenary Wall and Memorial Wall were unveiled by GAA President Liam O’Neill, while Clare senior hurling manager Davy Fitzgerald switched on the new flood lights at the training field.

Centenary committee chairman Michael Talty, who recently returned as club chairman, said that the conclusion of the clubs centenary events was a fitting end to 2014.

“We’ve been building up for this all year. It was very important for us that we brought ever age level in. We had from four years of age up to 94 years of age represented. We were thrilled with the turn out and for the GAA President to visit us on centenary year. One man that has been responsible for most of this all year long is Marty Morrissey. He has instigated most of the big celebrations that we’ve had,” Michael Talty said.

The wall behind the stand, which faces the car park, depicts Kilmurry’s Munster club, county championship and Cusack Cup winning years. However Michael Talty noted that while Kilmurry have had a successful 12 years, that hasn’t always been the case.

“Prior to that we had our barren times. You can never forget the times that weren’t as good. I was one of those footballers who grew up in the 70s and early 80s and we had no success. It does a cycle,” he said.