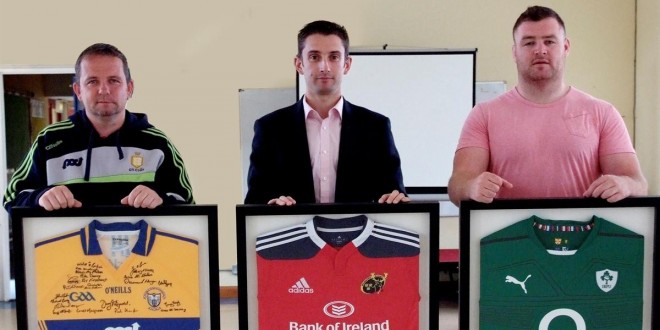 Sixmilebridge National School was presented with six autographed and framed Jerseys of Champions 2013-2014 that will be part of a massive fundraising drive for the school’s development fund.

The fundraising initiative was launched last week by Clare hurling manager and former past pupil of the school Davy Fitzgerald and Irish and Munster rugby player David Kilcoyne whose bother, Alan is a member of the school’s teaching staff.

St Finnachta’s National School in Sixmilebridge is currently promoting a number of fund raising initiatives to contribute to the school’s development fund, to support the construction of the new 24 classroom school building and the provision of essential additional learning resources in the new school.

The local fund raising drive has a target to raise €150,000 and so far over €60,000 has been contributed.
Upcoming fundraising events include the Jerseys of Champions draw, as well as a fashion show and a buy a brick campaign.

Speaking at the presentation of the Jersey of Champions, school principal Gareth Heagney expressed his appreciation to both Davy Fitzgerald and David Kilcoyne for launching the fundraiser and to the sponsors of the Jerseys of Champions collection.
“What a privilege it is to have this unique collection of framed and signed champions jerseys. The collection consists of highly desirable sporting jerseys of the country’s most recognisable and successful teams. Each jersey has been worn with respect, courage, pride and commitment.  These are all values we seek to achieve in our school,” he outlined. 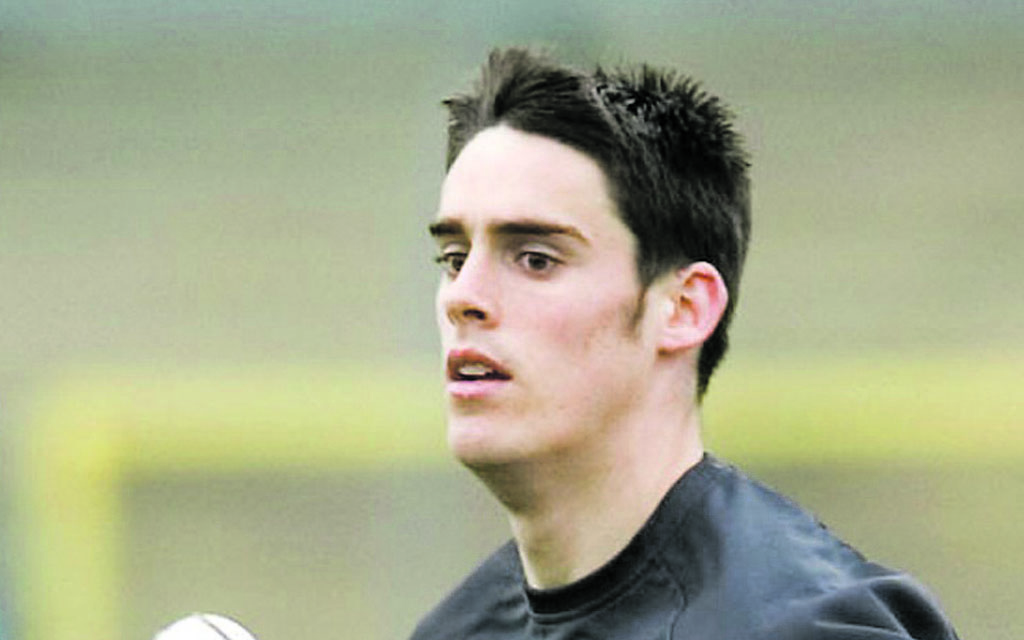