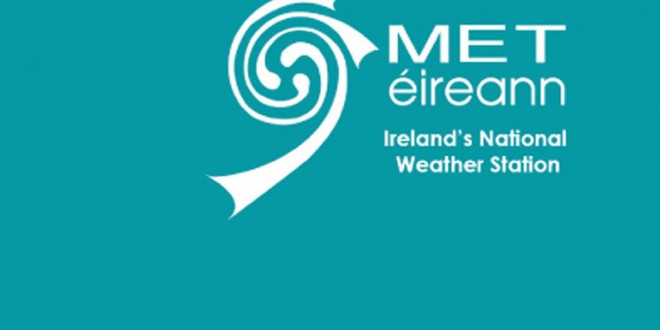 Met Éireann has issued a Status Red weather warning – its highest level – which could impact on areas of the Clare coast that were badly high by major storms a year ago.

“Wind gusts 130 to 150km/h possible,” the warning states, with “high onshore seas also”.
The warning was issued at 2pm today (Wednesday), and is valid until noon tomorrow. Status Red warnings from Met Éireann are relatively rare.

Following a meeting of Clare County Council Local Co-ordination Committee on Tuesday, the local authority established an Emergency Call Centre for the public.

The emergency number 1890 252 943 has been established for members of the public to report fallen trees, blocked roads and flooding. The number was operational from 8pm on Wednesday evening.

Describing what action should be taken in the event of a red warning, the Met Éireann website states, “Recipients take action to protect themselves and/or their properties.

“This could be by moving their families out of the danger zone temporarily; by staying indoors; or by other specific actions aimed at mitigating the effects of the weather conditions.”

The Status Yellow warning predicted up to 35mm of rainfall for Connacht, Donegal, Clare, Cork, Kerry and Limerick.

The warning is valid until 6pm tomorrow. A similar warning was issued this morning, valid until 11pm tonight.

Local authorities along the west coast are urging members of the public to be vigilant and to avoid walking or driving, if possible.

Previous €100,000 of cannabis seized in Kilmaley
Next No schools in Red Alert Zone