Home » Sports » “It Will Be A Player’s Decision And Whatever They Do, I Will Support Them” 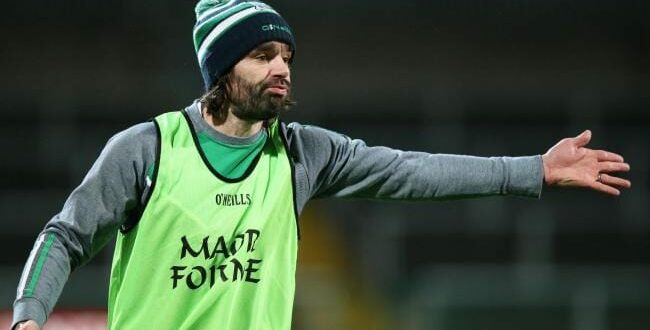 “It Will Be A Player’s Decision And Whatever They Do, I Will Support Them”

Fermanagh manager Ryan McMenamin has outlined his view that it will be a player led decision as to whether they will fulfill their remaining fixtures in Division Two of the National Football League.

The Erne County face the prospect of making a 300 mile round trip to Ennis on the same day that the isolation period for a number of their squad affected by Covid-19 elapses.

The former All-Ireland winner with Tyrone revealed this week that he had just 11 players at their training sessions on Saturday and Monday last, with 10 members of the squad testing positive for the virus while another seven were in isolation as close contacts.

Fermanagh are teetering on the brink of relegation from the second tier as they lie bottom of the standings, two points adrift of safety with two rounds remaining. It means that should they suffer defeat to Clare, regardless of when the game would be played, they will make the drop not only to Division Three of the league, but also into the second tier championship for 2021.

McMenamin stated that he felt his side would be in a position to play the game but accepts that is a difficult situation for all concerned.

“We appreciate the position that the GAA are in with this and I want the games to go ahead. There is a lot of talk about the integrity of the league and if we forefeit points, that will rule out solving final standings if teams are level because head to head and points scored all goes out the window. For example, if Clare get the two points off us and were then involved in a three way tie for promotion on the last day, I have no idea how they would fix that. Laois are probably looking at it and thinking they have a great chance too and it affects all other teams around the standings. At the moment, we would only have in the region of 15 or 16 players to bring with us on Sunday” he revealed.

When asked how likely it was that he would be in Ennis on Sunday afternoon, the former All-Star said that while you can never say never, it was a situation that simply had to be dealt with day by day.

“I know Colm Collins is happy to play it somewhere else or go midweek and fair play to him for that. I think Fermanagh have been very appreciative of the fact that Clare are one of the counties who spoke up in favour of the game being moved. I will be taking direction from the team doctor and he has been sending me all the information on it. It is not as simple as taking ten boys and saying you are over Covid now so you can head on there and play a county game four days later. The doctor is telling us that it has to be a gradual return so we will only have around 15 or 16 available and that is also counting in your two goalkeepers” he outlined.

The Tyrone native stated that he would not get involved in telling Fermanagh GAA how to proceed on it and feels it will be directed by the squad as to what the outcome will be. He also feels the GAA have options as to how to deal with what is a unique situation.

“They have the option of holding off on relegation for this year, and hold back on introducing the Tier Two championship. They keep saying that the integrity of the league would be compromised by two teams playing at a neutral venue but what about the integrity of making a team play a game with the bare 15 players? I have seen some commentary asking why we don’t take the U20 squad or find other players to come down and fulfill the fixture but surely that brings the integrity of into question. I have to try and protect the players and they have to try and do what is best to protect themselves and their families. The only way they can do that with a postponement and I will not be trying to put pressure on them to come out and play. I am a Tyrone man in Fermanagh so I will not be telling them what they should do. It will be a players decision and whatever they do, I will support them” he said.