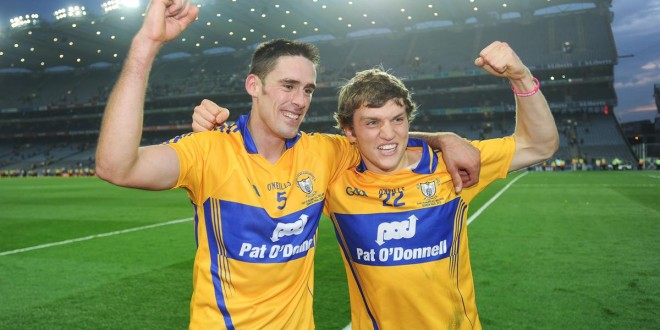 CLARE went into last year’s National Hurling League campaign under the radar but it’s a different situation this year, according  to  defender Brendan Bugler, winner of All star awards for the past two years at right wing back.

Brendan is completely focused on hurling. Acknowledging that there are a lot of demands on inter county hurlers, he  said, “It’s a lifestyle now not just a hobby. We are well used to it. It’s like a full time job. At the end of the day, we are very privileged to be involved. We enjoy it.”

Last year Bugler led his club Whitegate back to senior ranks in Clare when he captained the team to the intermediate title, beating Feakle in the final.

Sunday’s game has particular interest for the Whitegate man, who is a member of the teaching staff at Callan Community School in Kilkenny. He said “It’s a mouth watering fixture. Kilkenny are sore over the way the exited last year’s championship and they have been doing a lot of serious training with an eye on this game. They are in a different situation, playing the All-Ireland champions. They haven’t gone away and they are putting in a massive effort. It is the tie of the round, the greatest team of all time against the current All-Ireland champions”.

Bugler argued,”There is no extra pressure on Clare. We are in a different situation to before. Last year we exceeded our own and our supporters expectations. Teams will be up for it when they play Clare this year and we are looking forward to that challenge. Kilkenny are no different to us in that they want to win any game they play just like us.”

Is winning the league a target for Clare this year?.

“You can’t look ahead to titles. You must take every game as it comes and number one for us now is Sunday’s game with Kilkenny. We want to stay up in the top division and this is important. Everything else will happen. You can’t look at the Munster championship until the league is over”, Brendan replied.

Asked if last week’s Waterford Crystal final defeat will have any bearing on this week’s game, Clare’s key defender replied, “It’s an eye opener. Tipperary were the far better team but they have more training done at this stage of the season. We are slightly behind at this time but in a few more weeks we will be fine”.

While the Clare team for Sunday’s eagerly awaited contest has yet to be named, the expectation is that Bugler will be in the line up. He has played a key role in the Banner side’s successes of the past season and Clare fans will again be looking to the East Clare man to inspire his side, as they seek to reverse last year’s opening round result.