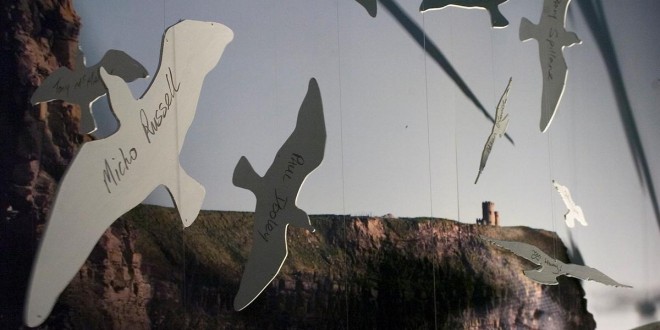 DESPITE the terrible storms which lashed the the West of Ireland, the Cliffs of Moher Visitor Experience recorded a 6% increase in visitor numbers during the first four months of 2014.

The tourist attraction saw overall visitor numbers grow from 167,605 in 2013 to 177,878 between January 1 and April 30. Visitor figures at the Cliffs were boosted by a 57% increase in visitors during the four-day Easter Bank Holiday Weekend, compared to the same period in 2013.

“Considering the exceptionally poor weather conditions of January and February and the fact the peak tourist season is not yet upon us, we are very pleased with the visitor figures so far this year,” commented Katherine Webster, director of the Cliffs of Moher Visitor Experience.

“We are delighted that visitor figures are up by 11,000 on the same period in 2013 especially considering we were forced to close the site to the public on numerous occasions earlier this year due to strong winds,” she added.

The continued strong performance of the Irish tourism sector, the increase in services from Shannon Airport, the naming of the Cliffs of Moher as a discovery point along the newly launched Wild Atlantic Way, the popularity of the 12-kilometre Cliffs of Moher Coastal Walk, and the Cliffs of Moher’s close links with Brian Ború during the millennial anniversary of his death have all contributed to this increase.”

“Information on visitor demographics is still being analysed but indications are that the North American and continental European markets, especially France and Germany, continue to perform very strongly. Fully Independent Travellers (FITs), mainly travelling by car, have accounted for just over half of all visitors with group business also performing strongly. At this point, we are well on target to at least meet the 2013 visitor figure of 960,134, which itself was up 10% on the previous year,”

Meanwhile, Ms. Webster confirmed that additional coach parking has recently been provided at the Cliffs of Moher as part of a 550,000 euro upgrade of the site, which also includes car park facility and exhibition improvements.

The Cliffs of Moher Visitor Experience is one of three “Signature Discovery Points” in County Clare along the route of the Wild Atlantic Way, the others being the Bridges of Ross and Loop Head Lighthouse. 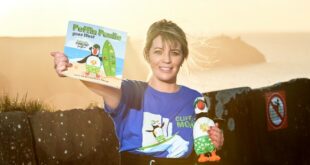