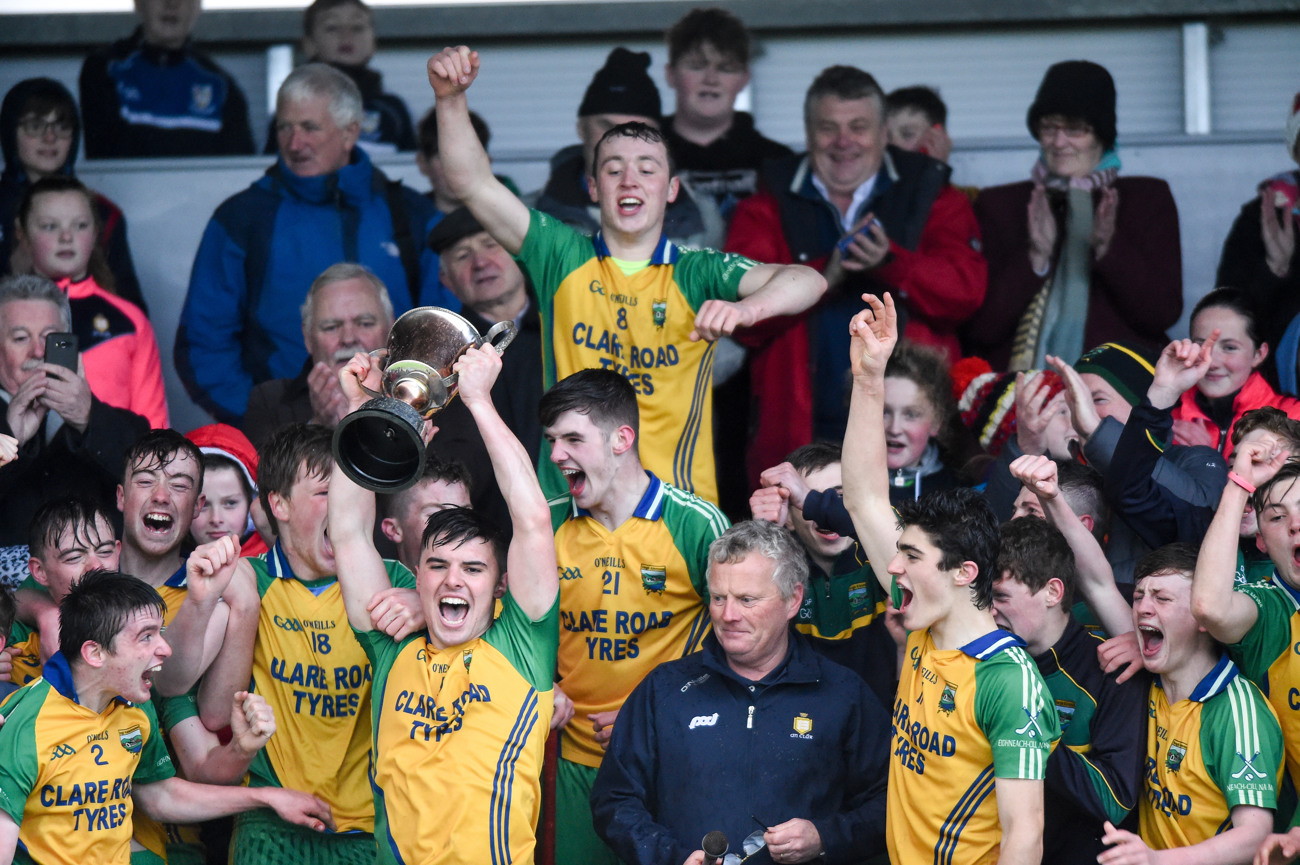 The Inagh-Kilnamona players celebrate their win over Kilmaley in the Minor A championship final at Cusack park. Photograph by John Kelly.

Inagh-Kilnamona bridged a nine year gap when they captured the minor A hurling championship at the expense of their neighbours and great rivals Kilmaley at Cusack Park this Saturday afternoon.

In a game played in very difficult weather conditions of bitterly cold and heavy rain showers, they dominated in the key areas. They led by two points at half time having played against the breeze and by the three quarter stage they had pushed their lead out to eight points and looked set for a comfortable win.

Kilmaley then hit a purple patch and they scored 1-3 without reply to move to within two points of the winners with six minutes to play.

The winners were clearly under pressure at this stage and with two minutes remaining they conceded a penalty. Goalkeeper Ronan Callinan came up to take the free but his effort was turned behind by his opposite number Eugene Foudy. Top scorer and the team’s freetaker Tom O’Rourke pointed the ’65 to leave two points between the sides as the game went into three minutes of ‘added time’.

Darren Cullinan then restored his side’s three point advantage before Aidan McCarthy pointed from a penalty awarded for a foul on Tom Barry, to seal a four point win for Inagh-Kilnamona whose last success in this championship was in 2008.