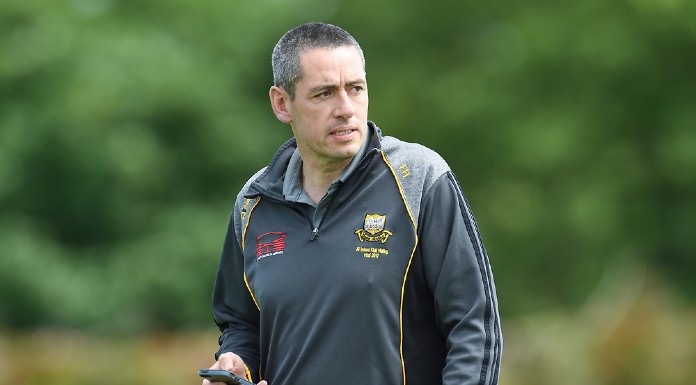 Inagh-Kilnamona are just 60 minutes away from claiming the first senior silverware in the club’s history when they take on Kilmaley in this weekend’s Clare Cup final.

The last decade has seen steady progress for the Combo since their decision to join under the one banner and a plethora of underage titles have been accrued in recent years. That success is starting to now filter through to senior level and manager Fergal Hegarty is pleased with 2019 has played out so far.

“We just wanted to try and do as well as we could in the cup games and give some of the younger lads game time. We have reached the final now and that is really an added bonus. Everyone starts off the year looking at the championship but we have used the Clare Cup pretty well and we are happy to be in the position that we find ourselves in now. We have introduced some of the younger lads both this year and last year and married them in with some of the more experienced lads so we would be happy with how that is progressing. You can’t beat playing games and it is a big step up from underage to senior. It is even a big step up from playing county underage to adult club and some people may not realise that in terms of the physical aspect to it that you wouldn’t have at underage. Lads are learning all the time and that is what it is all about” he noted.

Hegarty’s charges held off a stiff challenge from Sixmilebridge in their last four tie as they withstood a third-quarter fightback from the 2015 champions. Hegarty says while the victory was pleasing, they know there is still plenty to work on.

He said: “They were missing a few and we were pretty fully loaded on the evening. It was nice to win a game that seemed to be slipping from us at one point midway through the second half and it was encouraging to see the way we reacted in the final ten minutes and ground out the victory. That was a real positive and it will give the lads confidence heading into the championship. Kilmaley have been very successful at underage and their progression has been very similar to our own. We were well beaten by them earlier in the Clare Cup and we know we will have to improve a good bit to stay with them. They are very athletic and move the ball around well and it is a great game to get at this time of the year”.

It is the first real opportunity to put senior silverware on the sideboard for the Combo having already taken the top prize at minor and U-21 level in recent years. The former All-Ireland winner admits there would be benefits from that as the championship countdown intensifies.

“You can’t beat winning. You just like at the likes of Ballyea winning the championship, it gives huge belief to a team and it does wonders for young lads to be coming onto a successful team. Anything you win is a bonus and it certainly helps a young team to develop. We would be looking at that and I am sure Kilmaley would be the same way. Anything you win at adult level is something to build on even moreso than underage because it proves you can do something at this level and that is the prize that is at stake more than anything this weekend” said Hegarty.