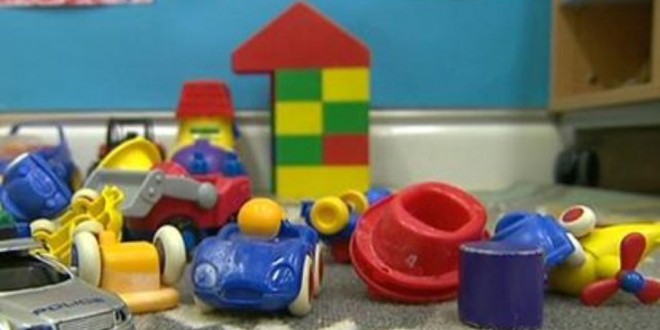 The treatment of some immigrant childcare workers is causing concern.

A NUMBER of disturbing incidents relating to the treatment of immigrant domestic and childcare workers in this county have been revealed by Orla Ní Éili, project manager at the Clare Immigrant Support Centre in Ennis.
“Some domestic and childcare workers in Clare have been held virtual prisoners in their employers’ homes,” she declared.
Her shocking statement comes in a week when a report from the Migrant Rights Centre Ireland (MRCI) indicated that urgent action is needed to ensure that Ireland guarantees the safety and welfare of the thousands of migrant women caring for children.
Launched on Wednesday, Childcare in the Domestic Work Sector: Who’s Minding the Children? draws on Irish and European data.
“I remember hearing of one girl, who was doing English classes in the evening, being brought to Ennis. She was dropped with all her bags and told ‘We’ve had enough of you. You’re not doing enough work.’ That was it. It was a winter’s evening and she had to pick up her life at that point. This was a young, relatively articulate woman. She was dumped into Ennis and they didn’t care what happened to her,” Ms Ní Éili explained.
“It is unfortunate and horrifying to think that people would exploit others so badly. Maybe it’s because they are to the pin of their collar themselves but then they are expecting so much, without giving proper terms and conditions that somebody you are employing should be getting. It is very sad that people would abuse the wonderful possibility of having somebody in their family that can help keep the family afloat,” she added.
“We have seen people who have been in very poor circumstances in Clare and had very poor care from their employer. They have been treated very badly and have not been able to leave because of not being able to get their passports. Some have had to leave in the middle of the night. We’ve seen bad circumstances and we’ve seen people behave very badly. It is shocking that people would have such disregard for fellow human beings. We have seen people who are not even allowed to go out and learn English so they will never have any opportunity to make changes in their lives,” Ms Ní Éili added.
Elisangela Camposrosa, a former au pair and current Domestic Workers Action Group (DWAG) spokesperson, said au pairs are hidden in family homes across the country, caring for children, cooking and cleaning.
“Without the work of au pairs, parents could not do their own jobs and, yet, our work is not valued. We are severely underpaid and we’re not seen as real workers. Au pairs are not excluded from any employment legislation in Ireland, so why is the Government failing to protect our rights?” she asked.
More than 20,000 families in Ireland rely on au pairs to provide childcare and household duties. The average au pair is paid just €100 for a 40-hour week of childminding, cleaning and cooking, which is considerably less than the legal minimum wage.