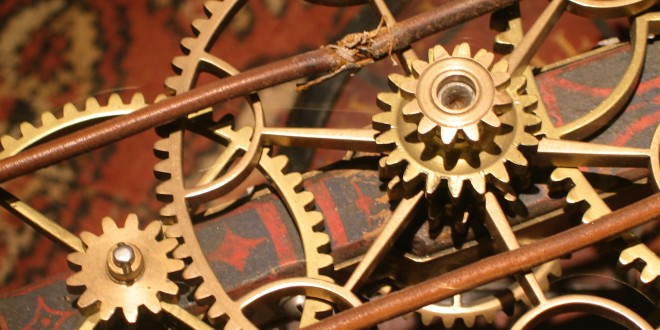 THE number of net jobs gained and lost in IDA’s client companies in Clare was the fourth worst in the country last year, according to the release of “worrying” new figures about the agency’s local job creation record.

While the IDA created only 15 new jobs in its seven Clare client companies in 2013, these were outweighed by 76 job losses, resulting in a net loss of 61 jobs.

These job losses has prompted a call from Clare Fianna Fáil TD, Timmy Dooley for the establishment of a new regional development agency or a beefed up Shannon Airport Authority.

Despite the location of the internationally recognised industrial development Shannon Free Zone and the benefits of having Shannon International Airport in the county, the IDA’s job creation record in Clare was the fourth worst in the country last year.

The Banner County found itself of having the dubious distinction of being in the company of six other counties where the number of jobs lost in IDA supported firms exceeded any gains in 2013.

The IDA generated a net gain of 705 new jobs in its Galway client companies, 399 in Limerick, 52 in Waterford, which has a similar population as Clare, 33 in Kerry and 18 in North Tipperary.

The number of new IDA jobs created in Clare last year is also less than half its tally of 37 in 2012.

The number of IDA-sponsored visits by potential investors to Clare also make for grim reading when compared with some of its neighbouring counties. They slumped from 14 in 2012 to just five last year compared to 15 in Galway, 23 in Limerick and 14 in Waterford.

IDA regional business development manager, Conor Agnew attributed most of the Clare job losses to a reduction in temporary or contract employees in large companies due to difficulties they experienced in the international trading marketplace.

Mr Agnew pointed out that some of the employees in firms such as Cook Medical in Limerick were Clare people who brought their salaries back to the county on a weekly basis.

He said  the legislation allowing the IDA to take over Shannon Development’s job creation role was only passed in the Dáil last month and up to this the agency was making joint presentations to investors with the now defunct agency.

In addition to working very closely with local groups such as the Shannon Chamber, he stated the IDA has also met senior figures in 55 local companies to establish what it can do to deal with any issues or challenges they may be experiencing.

He said IDA chief, Barry O’Leary also conducted a forum with the business leaders in local companies in Shannon last month before he addressed the Christmas Shannon Chamber of Commerce business lunch.

In a recent interview with the Clare Champion, Barry O’Leary said The IDA now has responsibility for the Shannon region and Clare and acknowledged it will be up to the agency to increase the number of new jobs that are created in the county.

Asked about the low number of site visits in Clare, Mr O’Leary explained one of the reasons was the scale and critical mass and the fact Limerick was closer to third level institutions such as Limerick Institute of Technology and University of Limerick.

While the IDA’s job was to increase the number of jobs in the country, Deputy Dooley claimed the agency didn’t have the same regional development focus like Shannon Development to attract replacement and new jobs in Clare companies.

Calling on the Government to review its policy decision in relation to the demise of Shannon Development, he said a new regional development agency was needed to replace this agency, which has been taken over by the new Shannon Airport Authority.

He pointed out the SAA didn’t have the necessary resources or the funding to fill the regional development gap left by Shannon Development in its current form unless its role was considerably expanded by the Government.

While Deputy Michael McNamara acknowledged the local IDA job losses was not satisfactory, he stressed the previous job creation model in the  region wasn’t working and had to be changed as Shannon Development didn’t have the funding to be very effective.

The Labour Deputy said he hoped the IDA would now focus on attracting new foreign direct investment to the Shannon region having only recently taken over this role from Shannon Development.

Describing the recent increase in the Clare Live Register figures as unacceptable, he stressed that attracting new foreign companies to a region takes a lot of time and involves a long term strategy.

He predicted the establishment of the new SAA would in time prove to be the correct strategy for increasing passengers in Shannon Development and increasing tourism numbers in the region.

He also rejected recent suggestions that some technology or manufacturing companies have to be based in Dublin as the Shannon region had shown in the past that companies like GPA were successful following their establishment in the Mid-West.