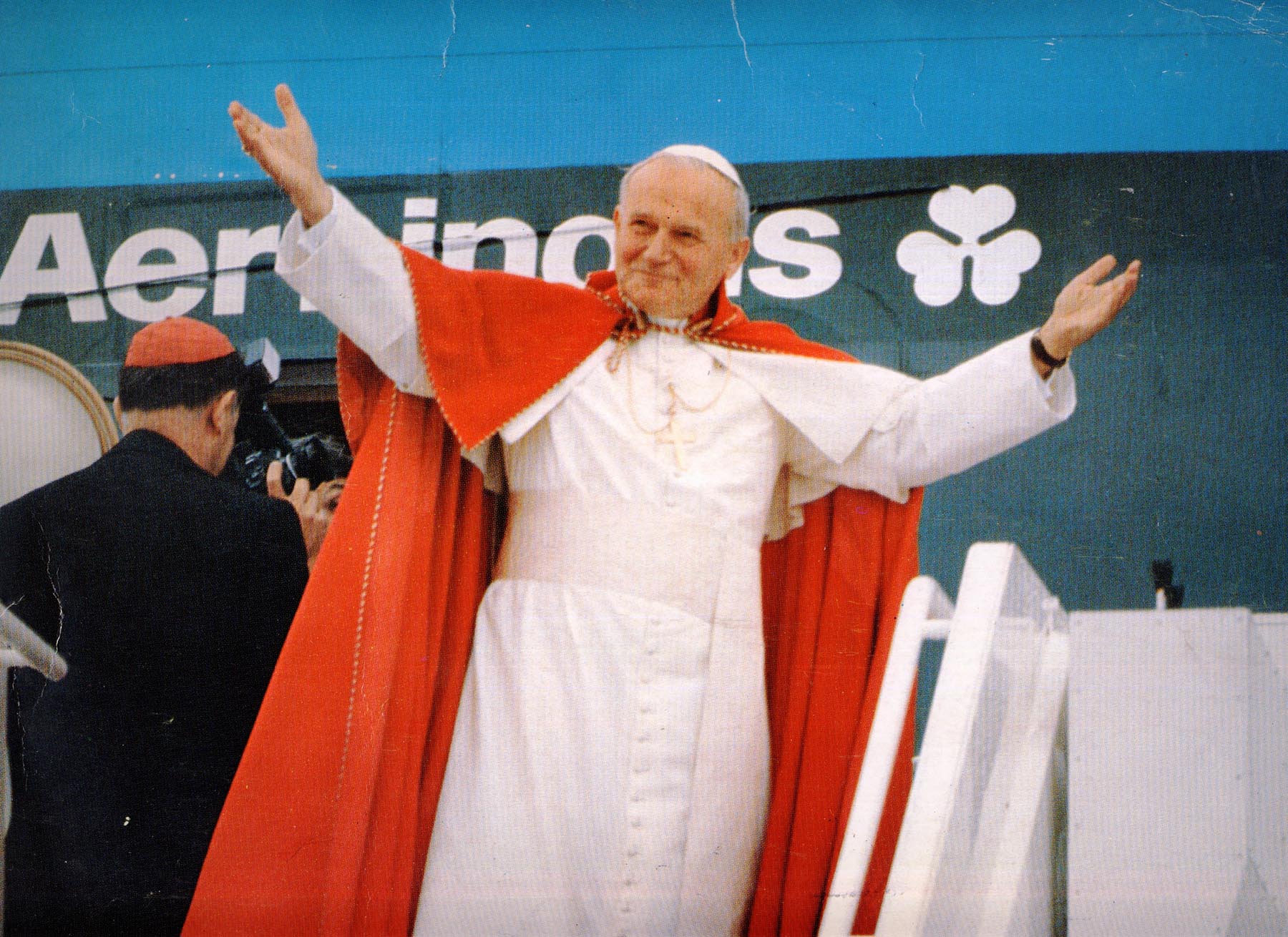 SHANNON-based photographer Pádraig O’Reilly passed away last week at the age of 73 after a long illness.

He took an iconic photograph of the Pope at Shannon Airport in 1979, while he worked for Shannon Development for many years and worked on a freelance capacity later on.

His son, Pádraic said that his father had begun his career by working for a now defunct national newspaper.
“I think they were taking on people as apprentices for The Irish Press and he went into the photographic department there. He was there for four or five years then, before going to Shannon Development.”

The training in Dublin stood to him.
“He was working the night that Nelson’s Pillar was blown up. There is a great shot of him sitting with his camera on top of

Nelson’s head. The Press trained their guys pretty well and that kind of carried forward through the Shannon Development stuff and the rest.

“Joe Clark used to be in charge of the photographic department in Shannon Development and he used to be a national newspaper photographer himself, which was the main reason he took dad on, having that kind of experience.”

After around 17 years with Shannon Development, he left to establish his own company, which Pádraic now operates.
“An interesting thing from The Champion’s point of view was that the first job the company ever did was for The Champion. It was one of the Pope. The business started on the same day as the Pope was leaving.”

A long photographic career means a sizeable legacy has been left behind, which he says the family will take comfort in now.

“From the career and work point of view, he would have taken half a million photographs. It’s kind of great solace for the family because they’re in books and magazines; they are hanging in houses all over the place. There is a huge volume of stuff there.”

Pádraic also said that his father had a very innovative approach to his craft.

“He would have worked away in the family business until five or six years ago, when I took over. We did photography and dad was one of the people who was always into innovating.

“He always liked to keep up with technology and the rest of it. Around 1985, we moved into video production. He was always adopting technology early; he always moved with it.”

His father’s passion made him very interesting to be around, Pádraic said.

“He had a great interest in life. He was here, there and everywhere. We did jobs out in Russia; we went to Portugal. I think from a whole career perspective and a family perspective, it made for a very interesting existence.

“I was saying to the guys yesterday in the church that, as kids, we got to see every monument and sunset in Ireland. He was a typical photographer. Any decent bit of weather, you were thrown into the car and dragged around the countryside,” he recalled.