Home » Motoring » BMW i3 is electric 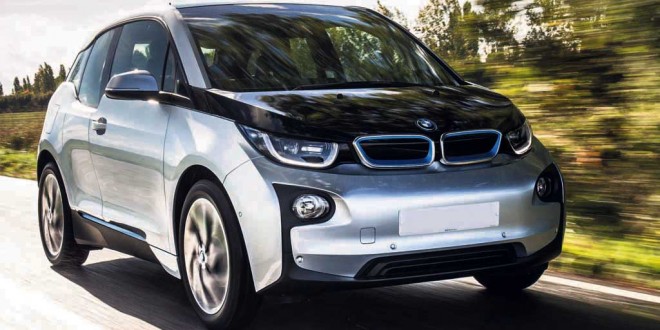 The i3 is BMW's first electric production car.

BMW i3 is electric

It’s not every day you witness the launch of a new car brand, but that’s what we have with BMW’s new i sub-brand, which was introduced to Ireland last week.

Although the i3, the first fruit of this particular tree, has been seen before, this was the debut of the final production car on Irish shores.

The i brand is all about sustainable mobility and finding new ways to meet the transport needs of the 21st century. The i3 is a compact car, which was designed from the start to be electric. It uses an aluminium chassis, reinforced by carbon fibre to make the chassis as light as possible. The battery is a solid block mounted in the floor and the resulting lowering of the centre of gravity should ensure a very stable drive.

In classic BMW tradition, the i3 is rear wheel drive and performance is spritely, with 0-100 km/h dispatched in just 7.2 seconds. Overall range is quoted at 160 km, but for those who need greater reach, a range extender model is also available, which is fitted with a 650cc 2 cylinder engine in the rear. Producing 35 bhp, it is used to charge the batteries and roughly doubles the range of the car. It’s a true range extender in that the petrol engine doesn’t directly drive the wheels.

The interior of the i3 is modern and classy, with the instrument cluster displayed on a 5.5” screen directly in front of the driver. This is augmented by a larger screen in the middle of the dashboard which displays, among other things, the standard Business Navigation. The GPS system also gives details of nearby charging points.

There’s plenty of room in the front, although rear seat passengers are a bit squeezed. Access to the rear seats is through coach doors, which hinge at the back and can only be opened if the front door is also opened.

Charging takes 8-10 hours with a standard three pin plug, although an auxiliary fast charge cable comes with the car which will fully charge it in three hours. A wall box can be fitted at home or at work and this is priced at €850.

The car is priced from €33,160, after Government grants, although BMW expect most buyers will opt for a PCP and a monthly contract, which will also give owners access to an alternative BMW model for up to seven days a year for those occasions when an electric vehicle won’t meet a specific need.

Three trims are available, with the top spec model coming with leather tanned with olive leaves, to be as sustainable as possible.

It’s certainly an intriguing proposition and for the right buyer, the i3 makes an awful lot of sense, particularly when you take running costs into account. BMW expect to sell at least 30 cars next year, although reading between the lines, the expectation is that many more will find homes in Irish driveways.