Home » News » ‘I was abandoned by the Irish State.’ 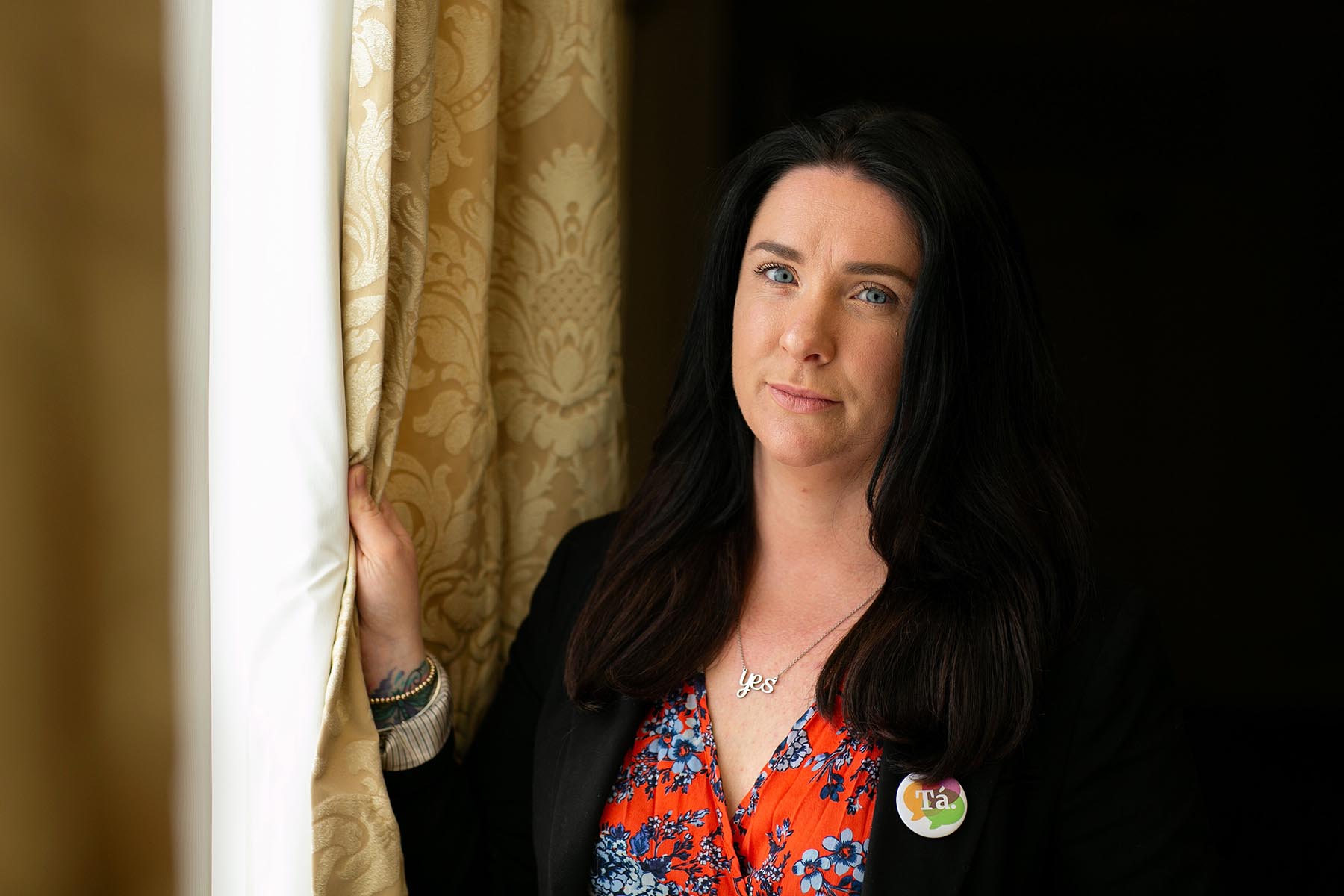 ‘I was abandoned by the Irish State.’

SIX months into 2016, Áine O’Neill hadn’t a care in the world. The Ardrahan woman was expecting her second child and in June of that year travelled, with her partner, to University Hospital Galway for a three month scan. Literally minutes after the scan she stumbled away, her thoughts scrambled, her life derailed. Memories of that moment and the desolate days that followed will never dissipate.

Her baby was not going to survive. Áine was devastated but even in those moments of despair, she was clear in her thinking, feeling that a termination was her only option.

While she felt as if she was in an inescapable bubble, time moved on.

“I was discharged from the hospital within 10 minutes. You don’t know what to ask for. You don’t know to ask for a phone number for support. You haven’t a clue and all of a sudden you’re out on the road. I felt completely disregarded. You wouldn’t get a diagnosis of anything else and 10 minutes later be discharged. I was on my own at home for about an hour. I rang my mum and then my sister. She was the one who pointed out that I was nearly 13 weeks gone and at 14 weeks there was a different procedure. She said she knew I was in bits but that I was going to have to rally and get on with it. It was a bit of tough love from her but she was right,” the 32 year old reflected.

Áine set about booking flights, updating passports and headed for England with a heavy heart.

“For me and my family, it was the most logical step to end the suffering. Anencephaly is a neural tube defect. You have to live in a pregnant body, getting all of the congratulations. Having a child (now aged 5) and a job, you have to maintain your life balance. I instantly felt that it was the right thing to do for us. I know some people think differently and I totally support them as well because it’s a personal journey.”

That particular journey took her to the Marie Stokes International in Manchester. More informed advice would have directed her to another clinic in North West England.

“That was not where I should have gone but I had no guidance on where to go. I should have gone to Liverpool Women’s Hospital. You feel so isolated and disillusioned. To have a hospital (University Hospital Galway) telling you they are ‘so, so sorry’. I know they know that it was the right thing to do. They said as much when we came back (from Manchester) and had a follow up appointment. At the scan, they had said they were so sorry, that they couldn’t help us. How can we continue with that? They (medical staff) were afraid to talk about it. There were whispering about it. Their hands are so tied and the fear is so strong. This is 2018 healthcare and they are not able to tell you what the right thing to do is,” Áine observed.

Three days after she found out that her baby would not live, Áine had her pregnancy terminated in Manchester.

“I’ve been ok because I’ve got good support. The HSE gave me some counselling. I found it very difficult to get over the anger of being abandoned by the state. I had to do another round of counselling because I didn’t focus on what I was supposed to be focusing on. It wasn’t until Christmas 2016 into January of 2017, that I really started dealing with it. That would have been my due date and it hit me like a tonne of bricks. That was a really difficult time but I have really good family support and you just get on with it.”

Áine is a pro-choice activist whose experience has altered her world view. She is campaigning in South Galway and North Clare, seeking to dislodge the Eighth Amendment come the last Friday in May.

“We were so silenced for so long about it. Abortion was such a taboo subject and now people are talking about it. Thankfully others are listening. I think that was the problem before, people weren’t talking about it. We’re realising that these people are our sisters, mothers, aunts and they would would never do something destructive to hurt. What happened to me opened me up to a broader world. I would have always considered myself pro-choice but would have had that undertone of ‘we have to be careful here. This is nothing to be taken lightly.’ The #inhershoes movement has just been phenomenal and I know now, without a doubt, that there is no abortion decisions made without in-depth talk. It is an extremely emotional decision. There is always a reason whether we can understand it or not. I don’t have a problem with it any more. That is where I have transitioned to. It is about trusting women and I know that every women will make the right decision for herself,” she said.

Áine is adamant that she fully respects the choices and views of people who would not opt to have an abortion.

“You’d never tell somebody what to do with their body. People make a decision based on how they feel. I would totally support them because you don’t know what somebody is going through or what their history is. Nobody comes to a decision either way without giving it a lot of thought.”

Áine expects that her country will opt to repeal the Eighth Amendment. If Ireland decides to retain the Eighth, she will feel bereft and isolated all over again.

“I’d be devastated. I would have to question … I feel like it will heal everything when we do vote yes. I was abandoned by the State and now I’m ready for the State to come back into my life. If we vote no, it will just be the end of it. But I don’t think we will. I think we’re too compassionate. May 25 will be a day to celebrate women with compassion and empathy winning out over control,” Áine maintained, wiping away a welling tear.

Of course, Áine wishes that her baby had been healthy and had lived. A fleeting thought and she is transported back to those dark days in an instant.

“I wish it never happened. I wanted to have my little baby. But the travel and the emotional cost took away from the situation. It was very hard to come back from that. The lack of information and me being in the wrong clinic made it worse. I felt like I was trapped in a maze. My body wanted to leave but my brain knew I had to stay. There was no option to bring him or her home. I wrote to University Hosptial Galway looking for the scan picture but they just sent me the report that I already had. Care at home would have made the grieving process a lot easier. You want a space to grieve. I was in the wrong place. I should have been at home,” Áine whispered softly.

West Clare native Peter O'Connell has worked for The Clare Champion for 12 years and covers everything from sport, especially GAA, news, features and has been even known to branch into the fashion scene on occasion.
@@westclarepage
Previous FF strategy ‘not personality driven’
Next Dr Hillery joins Deputy Dooley to contest next Dáil election 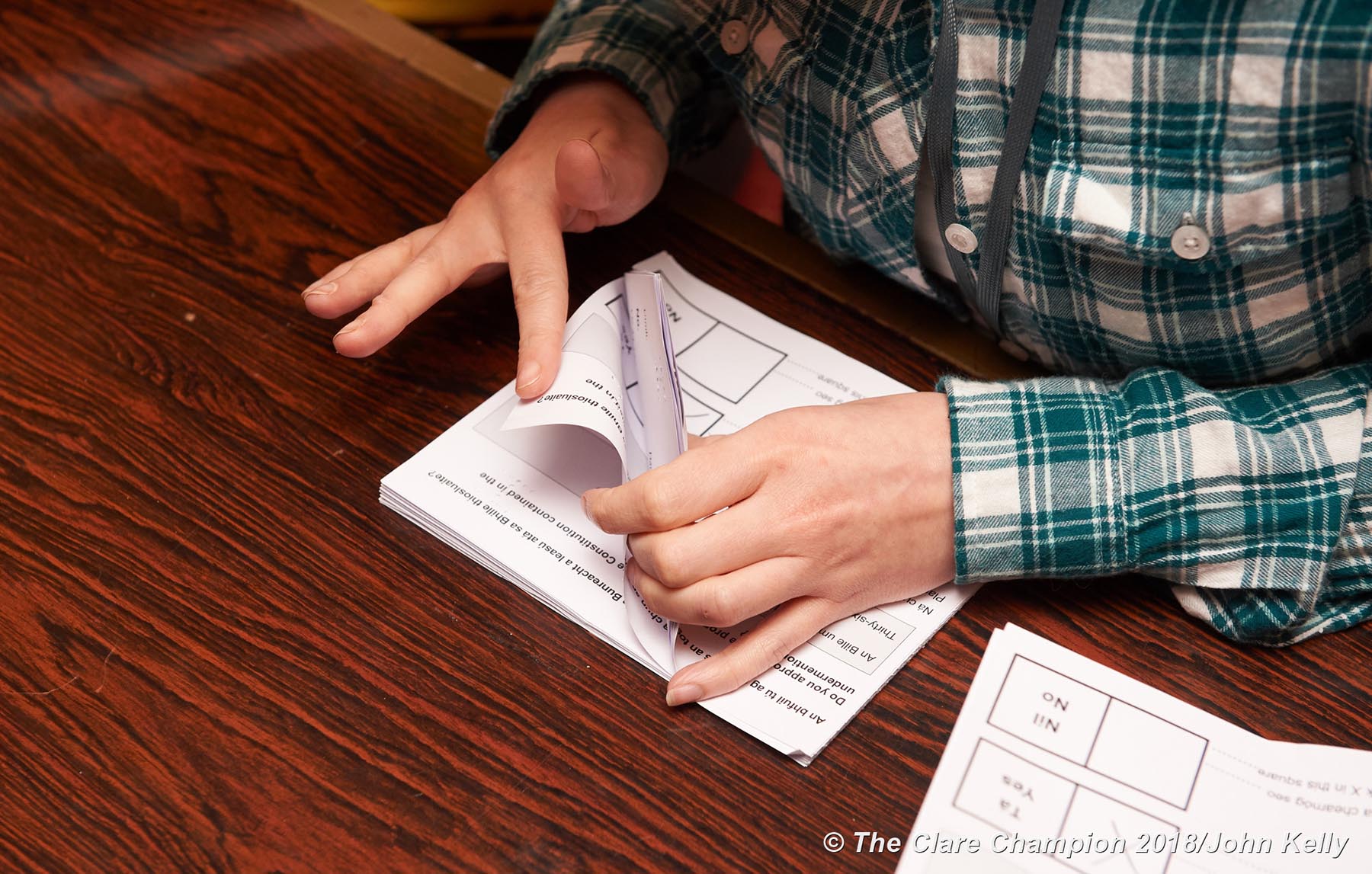