Home » News » Hynes at the helm in Shannon 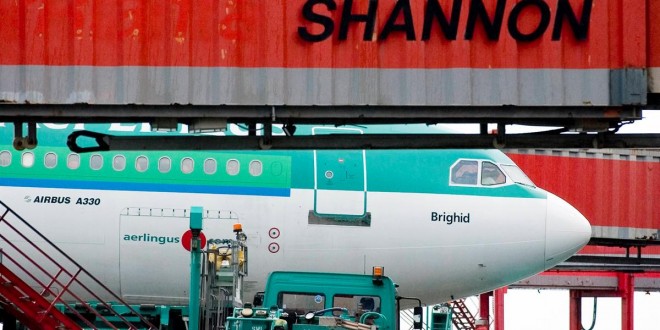 Hynes at the helm in Shannon

A LITTLE over three years ago, Rose Hynes was asked to chair a working group on Shannon Airport, which was having its worst year since the 1980s.

She was subsequently appointed chairman of Shannon Group and has been at the helm as the new entity has made a solid start, with passenger numbers growing again after years of decline.

When Shannon was under the Dublin Airport Authority (DAA) structure, there were frequent complaints that its interests were way down the list of priorities but some felt the financial protection of being part of a wider group offered a level of protection.

Now, Ms Hynes believes splitting it from the wider group has been the major factor in the ending of the long decline.

“I think it was a hugely positive thing that the Government took the step and set up the taskforce because, that time, the numbers were going only one way – collapsing. I think if Shannon had been left at that time and if they hadn’t separated it out, I think it’d be in a significantly bad situation. I think the trend would have continued on, we’d be grappling with it now and everyone would be wondering what to do with Shannon.”

Stopping the decline and then getting the airport straight back into growth mode is what she says she is most pleased with so far.
She acknowledges that it was a good time for the split, just as the economy started to recover, and says that State decisions have helped, along with staff and local interests.

“To date, the following were the crucial elements in achieving our goals: firstly, the collaboration with and the alignment of all of the stakeholders in the region – we would never have achieved separation without that; secondly, Government policy – the Government decision to separate, followed by the decision to axe the travel tax and maintain the VAT rate are perfect examples of enlightened government policy; thirdly, our employees have been fantastic and do a great job.”

When she got involved in the working group, she quickly realised there were solutions to the problems behind the ongoing collapse.
“I worked with GPA in Shannon for a large number of years and I’m from Shannon, so I had a huge attachment to it. I could see that Shannon could return to its former glory, I knew it could happen; I absolutely felt in me it could happen, if we had the ability to do things our own way. What worked within a group, within the DAA group, didn’t work for Shannon from a purely Shannon perspective. Yeah, sure, there will always be risks in doing things but the greater risk at that time was not separating, leaving it as it was. At that stage, I did think the status quo wasn’t an option, it just couldn’t remain the way it was. Yes, there was a risk in going with separation but the greater risk was with the status quo.”

One of the big complaints under the DAA was that Shannon didn’t have the power to set its own prices, that it had to charge airlines as if they were at Dublin, even though far lower volumes would be coming through Shannon.

Michael O’Leary often criticised the situation when he spoke about Shannon and fairly quickly after Shannon separated, the low-cost carrier reached an agreement to restore some of the business it had pulled from the Clare airport.

“We needed to go out and talk to airline partners and Ryanair was up there on the list. We needed to re-engage with Ryanair; there had been a breakdown in the relationship and we needed to sort it out and move on.”

When the separation of Shannon came, it saw the airport being amalgamated with Shannon Development’s property portfolio. An Irish Aviation Services Centre (IASC) was created, which the Government said would see the development of a large aviation cluster, bringing thousands of new jobs to Shannon in a few years.

Nearly three years after separation, the dramatic increase in employment has not happened but Ms Hynes says progress is being made.

“I suppose it was thought that would happen when you co-joined the property portfolio [with the airport], so let’s say that happened last September. I think that we will grow the jobs and you’ve seen from the announcement of the €21 million investment that we’re going to redevelop our property portfolio, commencing with the Shannon Free Zone.”

She says there may be some news in the coming months and that work is ongoing with other State agencies to grow jobs in the sector.
“I think the fact that the economy is starting to grow and that we’re starting to invest will be a catalyst to start to move that forward. We have to work with the job creation agencies, with Enterprise Ireland and the IDA, and we are working hand in hand with them. The investment that we’re making, in relation to the Free Zone in particular, that will give them the sort of collateral to go out there. We are also having quite interesting discussions and, hopefully, in the coming months we’ll have something to announce from that.”

Almost all the news from Shannon since separation had been positive, so there was some surprise earlier this year when it emerged that plans were being made for a voluntary redundancy scheme.

Ms Hynes said this isn’t because the airport is struggling but because it has to be in a position to offer airlines the best possible deal in a competitive market.

“What we’re striving to do there is to be cost-efficient and I think every business has to strive to be cost-efficient. When we’re negotiating, we have to offer conspicuous value to our airline partners so we ourselves have to be in a strong position. What we have done is apply to the department to introduce a voluntary scheme, it will be voluntary and it will be for anyone who wants to take it, nothing more than that.”

She is hopeful that Shannon can develop as a cargo hub and points to some progress already made in that direction.

“Turkish Airlines have gotten approval from the Department of Transport to fly Istanbul-Shannon-Chicago and secondly to fly Istanbul-Shannon-Atlanta. Those are pure cargo flights and both of them will commence shortly. That will enable all of the people who want to send their goods abroad, producers up and down the west coast and elsewhere to access those markets. They can bring their produce here and it can be sent on the same day to the US. That’s a big opportunity and it’s only the start,” she says.

“What we’re talking about in terms of cargo is making new things happen. At the moment, the cargo that leaves the West of Ireland goes in a truck to London and it goes off from there. We’d like to think it could go out of Shannon; there are industrial airports out there that do cargo and I think that we can do that and Turkish Airlines believes we can do that. That’s why they’ve applied and gotten the permission. It’s only the start. There’s a huge amount of cargo that goes from the Chinese market to the US; we’re in the middle, there’s a limited capacity for airlines to fly all the way. Can we disrupt it in some way? Can we send fresh produce from here to China? We’ve had discussions with the Chinese trying to develop that, who knows where that will go? We have to be ambitious.”

Showing innovation and finding business in areas that aren’t immediately obvious is part of Shannon’s history, and she says she is inspired by some of the executives who have gone before her.

“They saw Shannon evolve through difficult periods and we have to continue that. They were pioneers in my view, they were inspirational, they were up against it many times, they evolved and changed and I think we have to do that too. Innovation has been in the DNA of Shannon forever and there were many times when people thought Shannon was on its knees and every single time they evolved, moved forward, they changed. They didn’t try to duck change, they took it on, they evolved and innovated, we have to do the same.”

A Clare woman herself, now domiciled on the wrong side of the border with Limerick, she wants people of the area to put Shannon ahead of other airports when they have the chance.

“We need the ongoing support of the people and businesses in the region, whether as passengers or in trying to grow as a cargo hub. Together, we can achieve greater things than any one of us individually.

“Since its formation, Shannon has been very much about community. That sense of community may have dissipated somewhat over the past decade or so pre-separation but it is very much back and it’s growing all the time. But any community is a sum of all parts working together. It’s like a deal we all enter into; we all have a role to play in it, whether that’s us as a board, the executive, staff, business in the region or the passengers.”

She first started working in Shannon back in 1988 at GPA, then the world’s top aircraft leasing company.

Aviation has always interested her as an industry since. “There is something about it, I think that once it gets into your system that’s it, it’s in your blood or something. I just want to be in it, it’s that kind of a industry, it’s fascinating; it’s always changing and there’s a great buzz about it.”

While she expects the aviation sector to continue changing at break-neck pace, she feels Shannon can continue to succeed.
“I am deeply committed to Shannon and as a Clare person it is much more than a job to me. I am proud of what we have achieved and believe that the best is yet to come in the years ahead.”

“We’ll be bailing out each other”

“We are in the depression”