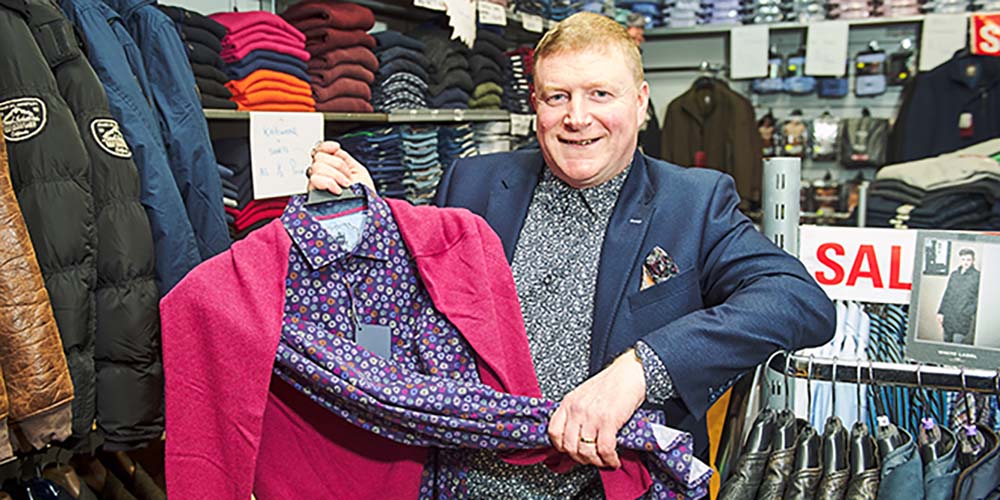 THE latest GeoView commercial vacancy report has found that Kilrush is the town in Ireland with the second-highest rate of unused commercial buildings.

On a miserable Tuesday afternoon, few of the businesses in the centre of Kilrush were very busy but clothes shop owner Pat ‘Rico’ Clancy said things have been getting better. “It’s February. It’s not going to be busy anyway in February but, year on year, it’s going up for the last three or four years. There are more people coming through but people are cuter when they’re doing they’re shopping; they shop when you have sales.”

His family has been in business in Kilrush for more than 150 years and Rico has been running the shop himself since 2001.

Unsurprisingly, he can see Kilrush through the prism of history. “Going back years and years ago, there was more people living here than in Ennis. It was a port town. It was like Cork; the same way. Different governments allfocused on agriculture. No-one looked to the sea; there were no boats coming up the river any more. Going back to the start of the 20th Century, this place was a hive of activity. It lost a lot of that but it still trades away. We’re a bit far away from Ennis, so we get the hinterland coming in.”

The retail sector worldwide has been ravaged by the rise of online shopping but he feels there are solutions that the Irish Government should take, which would benefit Irish jobs. “The Government are doing nothing about it; it’s ridiculous. All you have to do is double the VAT for the lads online and it’ll turn them back to the shops. All that money is going out of the country, so why won’t they do it?”

He also feels the town needs to capitalise on the many tourists who pass through it and, again, he feels there are solutions. “You need to be able to stop the buses between the Chinese on Moore Street and Crotty’s corner. I met a bus driver and I asked him ‘why don’t ye pull in?’ He said, ‘it’s up to ye to provide a place, not for us to go around looking for a place’. There are six or seven buses every hour in the summertime coming across from
Kerry.”

If even a few buses could be persuaded to stop, he said Kilrush would have hundreds more people “walking around with money in their pocket” each day during the summer months.

Lack of local employment is a real problem, he feels, with Kilrush being archetypal of many towns that are feeling the effects of the runaway economic success of Dublin, which draws people away from the places they were born in.

While he clearly takes pride in his town and business, he wouldn’t recommend running a shop in Kilrush. “I wouldn’t recommend a young lad to open a shop. There are too many things you have to pay. If they did something with VAT or dropped the rates for a year to give an incentive to new businesses, it’d help,” he concluded.