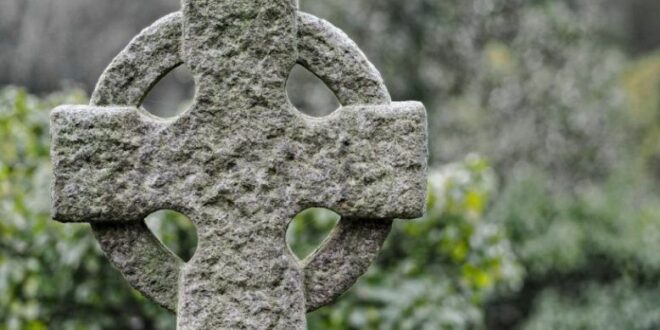 HUGE hurt is being caused to families in Tulla because of an ongoing spate of thefts from the graves of their loved ones, according to Councillor Pat Hayes.

Seven incidents have been reported to Gardaí in recent months, with the latest taking place between 10am on Thursday, September 16 and 5pm last Friday, September 18.

It is understood, locally, that up to 20 thefts or disturbances may have taken place, many of which people have considered to minor to report.

“This is a disturbing and sensitive issue,” said Councillor Hayes. “In some cases, the families affected have suffered very sad losses and the last thing you would want is for the graves of their loved ones to be disturbed.”

The Fianna Fáil member, who is chairperson of the county council’s Rural Development Strategic Policy Committee (SPC) which has responsibility for burial grounds, said every possible means of preventing a reoccurrence was being examined. “Burial grounds should be kept safe and sacred,” he said. “A lot of work has been done to keep the graveyard and the wonderful site of the St Mochulla’s church ruin. I’m asking if CCTV can be installed and whether or not gates can be locked at night. At the SPC, we’re currently reviewing management of all graveyards. We had a long discussion of issues to do with burial grounds and there is a big issue at a number of cemeteries, sadly. In Tulla, thankfully, there isn’t a problem with vandalism. I would suspect that there is a commercial motive behind these thefts. It is possible that those involved are selling items on. Overall, the situation as it stands now is very concerning. As a community and as a county, we need to show respect for our burial grounds. Every effort must be made to find those responsible for these thefts, because they are causing huge hurt to families.”

Gardaí at Killaloe Station have previously told The Champion that there didn’t appear to be targetting of particular graves, and that the thefts seemed to be random.

The incidents have been condemned by Parish Priest Brendan Quinlivan and by Inspector Adrian Queeney of Killaloe, both of whom have called previously for people to be vigilant at the isolated hill-top location and to report any suspicious activities.

In one of the most recent incidents reported to Gardaí, two ceramic pots were stolen from a family grave between September 16 and 18.

Fiona McGarry joined The Clare Champion as a reporter after a four-year stint as producer of Morning Focus on Clare FM. Prior to that she worked for various radio, print and online titles, including Newstalk, Maximum Media and The Tuam Herald. Fiona’s media career began in her native Mayo when she joined Midwest Radio. She is the maker of a number of radio documentaries, funded by the Broadcasting Authority of Ireland (BAI). She has also availed of the Simon Cumbers Media Fund to report on development issues supported by Irish Aid in Haiti. She won a Justice Media Award for a short radio series on the work of Bedford Row Project, which supports prisoners and families in the Mid-West. Fiona also teaches on the Journalism programmes at NUI Galway. If you have a story and would like to get in touch with Fiona you can email her at fmcgarry@clarechampion.ie or telephone 065 6864146.
Previous Captain Donnellan Determined To Make The Most Of Opportunity In Clare SHC Final
Next No Divided Loyalties For Conlon In Sunday’s Clare SHC Final