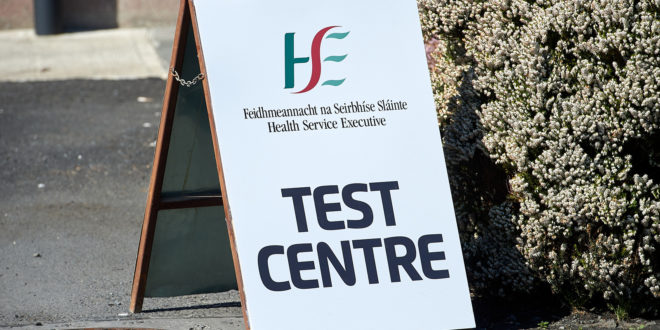 The HSE will open a new Covid-19 Testing Centre in Ballymaley, Ennis on November 16.

THE Mid-West Health Service Executive has confirmed a new Covid-19 testing centre will open on the outskirts of Ennis on November 16.

This announcement comes in the wake of increasing concern about the number of people from West Clare who have been referred for Covid-19 testing in Limerick and North Tipperary in recent weeks due to capacity issues.

A new Covid-19 testing centre will open in the Ballymaley Business Park, Gort Road, Ennis, on November 16. This will replace the existing test centre, which was provided at Clare GAA’s headquarters in Cusack Park.

Deputy Violet-Anne Wynne has expressed concern about official statistics confirming more than 600 planned Covid-19 tests were marked as no-shows across the Mid-West from October 19th to 25th.

“I am deeply concerned about the continued trend of no-shows for Covid-19 tests across Clare, Limerick and Tipperary in recent days.

“The HSE have said that up to late last week there has been around 600 missed appointments for Covid-19 testing.

“It would appear that this trend has continued into this week. This equates to around 10% of tests not being carried out, this is deeply concerning.

“I have also again been informed of a number of people from West Clare bring referred for testing in Limerick City and even North Tipperary.

“I have again written to the minister asking for this trend to be stopped and calling for a pop up centre in West Clare to ensure rapid access to testing, similar to the centre that was opened in County Limerick at the start of September.”

She encouraged anyone who is offered tests to attend their appointment.

“The only way we can fight this is by keeping a track on the virus in our communities.

“We must ensure we do this to make sure we can emerge from Level Five at the start of December as planned,” she said.

Deputy Cathal Crowe has welcomed confirmation a new Covid-19 testing centre will operate on the outskirts of the town.

It is a situation I wish we didn’t have to face into but unfortunately, the Covid-19 numbers have been very high once again over the past number of weeks.

“This will of course mean additional numbers being tested and I know of some instances where the Ennis centre has been full to capacity, meaning some in Clare have had to travel to Limerick for their test.

“I would hope that the opening of the new centre in the former Keane’s Wholesalers building at the Ballymaley Business Park will mean that tests will be accessible to all who need them in Clare.

“Cusack Park has worked well as a testing centre up until now but it will now close as it is not suitable in winter months for attendees at the test centre or staff,” he said.

In a statement to the Clare Champion, the Mid-West HSE encouraged everyone who has been offered a Covid-19 test to attend.

With regard to the small pop up facility the HSE is constantly reviewing demand for testing. However, the HSE pointed out at present there is no requirement for a pop up facility in West Clare.