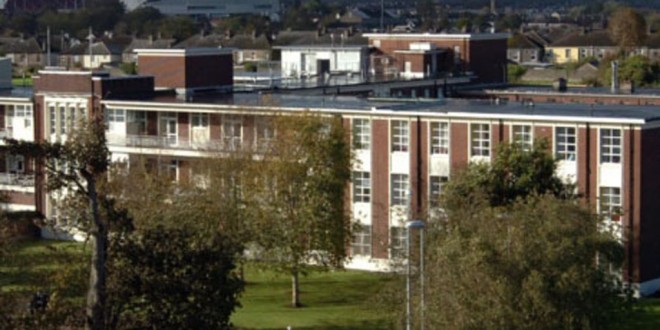 The parents of a baby girl who died in her mother’s arms shortly after birth have sharply critisised the HSE for the pain and torment they have endured while waiting over six years for an apology.

Caoimhe Mulcair, the daughter of Joan and John Mulcair of Westbury, Corbally, was born and died on February 11, 2009 at University Maternity Hospital Limerick.

Caoimhe was conceived through IVF after her parents had been trying to start a family for a number of years.
Following repeated denials of liability, the HSE made an out-of-court settlement with the Mulcairs last December and an admission of clinical negligence.

However, the couple did not receive any apology until Monday, some six and a half years after their loss.

A jury at an inquest into the baby’s death today returned a verdict of medical misadventure after a letter was read out on behalf of the CEO of the UL Hospitals Group, Professor Colette Cowan, who apologised for “the failings in care” provided to Joan and Caoimhe Mulcair and the “subsequent consequential upset, distress, and grief” the family has experienced.

The Mulcairs said the HSE should be “ashamed of themselves for putting an ordinary decent family through the pain and torment” of waiting six years for an apology.

A maternity hospital’s job they said, is to bring “precious children into this world safely”.

“When they cannot do that for whatever reason that hospital has to take responsibility for it. It is a total disgrace what we had to do to obtain justice for our innocent baby Caoimhe,” they said.

“The apology we were handed yesterday, at the last possible moment, is just another example of this disregard.  It doesn’t really mean anything now to me and Joan because it’s too late. We should have received an explanation and an apology six years ago. We wouldn’t be here today if we did.”

The Mulcair’s are calling for a full and open disclosure policy and a legal obligation on HSE staff to explain what happens in catastrophic outcomes.

“The HSE must start to learn from their mistakes,” they said.

The inquest into baby Caoimhe’s death heard that Joan Mulcair (44) had a healthy pregnancy up until her baby was born.

She was taken immediately to the labour ward on February 11, 2009 when she was admitted to University Maternity Hospital Limerick, with severe pains at 39 weeks pregnant, and traces revealed decelerations of her baby’s heart rate.

In her evidence, Dr Mary Higgins accepted the decelerations were not normal but added they had to be considered in an overall context where the mother was in advanced stages of labour, which was the case in this instance.

She said the decelerations weren’t bad enough to warrant an immediate delivery adding she “genuinely never expected” what happened when baby Caoimhe was born.

Dr Higgins accepted that low pH levels taken from the baby’s blood samples afterwards indicated acidosis, which can occur if the baby is deprived of oxygen in labour, but said this was a “retrospective diagnosis, which I wish I had earlier”.

Dr Jamaleddin Abujennah, the consultant paediatrician on duty on the night, said he was told that Caoimhe was born with her umbilical chord around her neck, however Dr Higgins who performed a vaccum delivery said she never saw this.

Dr Abujennah said Caoimhe was pale and gasping for breath when she was immediately transferred after birth to the Special Care Neo Natal Unit.

Despite all measure of resuscitation including maximum ventilation support,  the baby remained in poor condition,  and her parents were called to the special care neo natal unit.

In her evidence, Joan Mulcair described the “nightmare” of holding her newborn baby, who was just 27 minutes old, and being told she was dying in her arms.

“We couldn’t believe this was happening to us. The hurt and sorrow overcomes you, you’re never the same person again,” she said.
Pathologist Dr Peter Faul, who carried out the post mortem on Caoimhe Mulcair, said it was an unexplained very early neo natal death and no anatomical cause of death could be established.

Speaking after the verdict of medical misadventure, Caoimhe’s father, John Mulcair (44) described his family’s suffering over the past six and a half years.

“It’s a very sad day for us but it’s the end of six and a half years of suffering and sadness and we just hope now that Caoimhe should rest in peace and that she knows that we love her and that we’ve done everything possible we could for her.

“We hope that the HSE learns from their mistakes and that no other family has to go through what we went through because it’s terrible, and it’s not fair.” 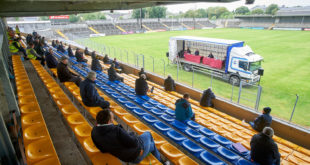