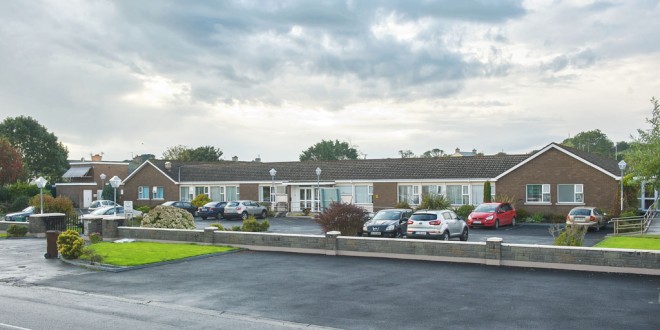 THE Health Service Executive (HSE) has revealed that Regina House in Kilrush  is currently down staff, due to long-term sick leave, but they can still accommodate two palliative care patients in the building. The HSE did, however, confirm the West Clare Mini Marathon-funded palliative care rooms are currently empty.

Last week, mini marathon chairman, Willie McGrath said that one of two palliative care units in Regina House was not in current use.

The rooms were opened in February 2004 and have benefited from in excess of €180,000 in funding from mini marathon proceeds since the first run was held in 1998.

“We have to be absolutely definitive and clear on such a sensitive issue. The following are the facts and we are anxious to assure the public. Regina House has capacity to support two people in palliative care at any one time,” HSE area manager for the Mid-West, Bernard Gloster said.

“Today, there are two people in the centre receiving palliative care. The two patients in Regina House are not in the dedicated palliative care unit because of clinical and personal reasons and, were these reasons not so, then one could be catered for in the dedicated unit and the other as soon as the staffing pressure is resolved, which we hope will be very shortly,” Mr Gloster added, before acknowledging that Regina House was stretched in terms of personnel.

“Staffing pressures have also, because of unavailability of agency staff and the natural high annual leave time of year, caused a pressure for respite care in Regina House. This has meant that three respite beds have been unavailable since late summer. This resulted in a short delay for up to 20 people, rather than cancellation of respite. In any situation where there would be pressure on a family, the case would be prioritised or offered respite in an alternative location. While we approve agency replacement to a very high rate, the difficulty is that we can’t always get it,” he revealed.

“In such situations, we manage the clinical need, rather than simply cancel services. The staffing availability should further improve, as we are currently implementing a better model of deployment in how we use the staff we have and this is in all our elderly care facilities. We would like to acknowledge the efforts of the West Clare Mini Marathon committee in raising funds for cancer care in West Care and the valuable support offered to Regina House at various times for capital and equipment.

“We regret any upset caused to the people of Clare, due to the nature of how these issues were communicated,” the HSE statement read.

Mr Gloster reiterated that any patient in need of palliative care in Regina House would receive it.

“No person at home who requires a palliative care bed in Regina House has been refused, since a particular staffing pressure arose in late summer. There was one query on a possible transfer of a patient in a palliative care bed in another unit in the county to Regina House but this could not be accommodated because they already had two people receiving such care,” he stated.

In relation to staffing issues at Regina House, he said it was due to sick leave.

“The staffing pressure is as a result of one and a half posts currently unavailable, due to long-term sick leave. While almost all of the agency requests by the unit have been approved, the supply agency have been unable to meet the demand. It is anticipated the agency will be able to meet the demand shortly,” he explained, before outlining the HSE’s county-wide palliative care strategy.

Responding to the HSE statement, West Clare Mini Marathon chairman, Willie McGrath said he was “not satisfied” with its content and that he would be further pursing his concerns.

Meanwhile, Mr Gloster said that palliative care in Regina House was one element of the HSE’s county-wide strategy.

“Palliative care support at Regina House is one part of an overall service across the county and the Mid-West. There are support beds in Cahercalla, Ennistymon and Scariff. Between them, they have supported 68 admissions in 2012, 87 in 2013 and 59 up to August 2014. The specialist needs of the public for inpatient consultant-provided care are met through Milford Care Centre, funded by the HSE. They have responded to 85 admissions from the county in the current year, to August. The crucial part of modern-day palliative care is the Hospice at Home service and, in the current year, to August, they have had 166 referrals. This is a HSE-funded service provided by Milford,” Mr Gloster stated.