Home » Sports » Howard: “Hurling Is The Centre Of The Universe In Broadford” 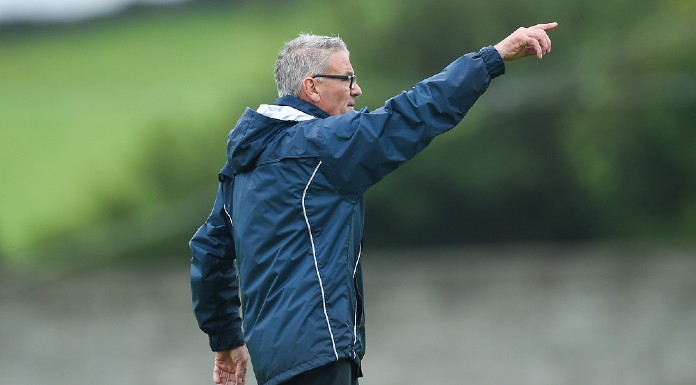 Howard: “Hurling Is The Centre Of The Universe In Broadford”

While Broadford manager Tom Howard is not from the village, he has familial connections there and through those, as well as his three-year stint as manager, he knows all too well how much this Saturday’s Clare intermediate hurling final means to its people.

While every man, woman and child from Broadford will likely be in Cusack Park on Saturday afternoon, Tom doesn’t see this as added pressure to his squad.

“What is lovely about Broadford is, anyone that takes to the hurling field are hurling for themselves as well as their community, but that is very much the case in Broadford. First of all, they are great hurling people. They follow hurling in general. It’s the centre of the universe.

“At some point in time everyone seems to be engaged in the hurling club. In modern Ireland with so many distractions, it is great to see everyone get behind a local team like that. There is a great comfort factor in that but there are elements of that that bring their own pressure too. You don’t want to let those people down. The team know the goodwill of the people is there and they just want to do right by them. To me, all that is positive,” Tom said.

To say that Broadford have had a tumultuous season would be an understatement. They have clawed back late deficits on a number of occasions, contested the first penalty shootout in Clare championship history, and defeated neighbours and rivals along the way. Tom believes this season’s trials and tribulations have really added another dimension to his team.

“If you were talking to Seánie McMahon, he would say his side have been involved in some hum dingers too this year, but so have we. It’s probably a testament to how competitive the intermediate championship is that so many games have gone to the wire. Many would have tipped ourselves and Joseph’s at the start of the year as being among the favourites for the competition and we have made it to the final. But when you look at our respective paths to the final, we have both made it there by the skin of our teeth.

“We have had a couple of scrapes, but I would like to think they’re character building. These guys are full of fight, grit and resolve. When confronted with a tough situation, these lads have always found that extra something.

“I’ve been fortunate enough to win a few senior championships in my time, and quite honestly, winning an intermediate one is just as difficult,” Tom believes.

Tom says that it will be a battle of wills and wits, as he says the imprint of Clare legend and Doora-Barefield coach Seánie McMahon is all over this team and they will be tough to unlock.

“Great credit must go to Seánie McMahon and his team – they have done some job. He still has the same core group, but they’re supplemented with a lot of young talent coming through now. They’re defensively very solid, lot of strong guys that are good to win their own ball. You can see Seánie McMahon all over this team. Landy, the centre-back, sits back in front of the full-back line. They give away nothing soft. Trying to navigate your way through that defence is one of the big challenges that we’ll face Saturday.

“At the other end, they have very talented and young guys. Conor Tierney has probably been the forward of the championship so far. He has great feet and been outstanding in every game for them. Conroy is an inter-county hurler and a real talent, too. Can play a number of positions.

“I think that is why we will miss Diarmuid O’Brien – who’s out with a broken hand – so much. He’s a real utility player that can play in a number of positions. Doora-Barefield have a great mix and plenty of forwards that will take minding,” Tom said.

While Tom alluded to the talent of the Parish’s corner-forward Tierney, Stiofáin McMahon has certainly been no slouch for Broadford this year. The lightning quick and powerful McMahon poses a real goal threat and can turn a game in an instant.

“He’s a real talent and has been very good for us all year. He has all the ingredients of a top hurler. He’s a very exciting prospect. But, we have a lot of hurling talent. For a small, rural place we get a great return from the small pick we have. Danny Chaplin did an excellent job with these guys before me in bringing these guys on a lot and I’d like to think I’ve done something similar in my time.

“Who knows what will happen Saturday, finals are very funny. The hero of the hour is likely to be the person that people may not think will have a massive impact on the game. I’d like to think that Broadford have enough of characters throughout the team, so that some of them will step up to the plate and deliver a performance. I’m definitely not worried about character,” Tom concluded.