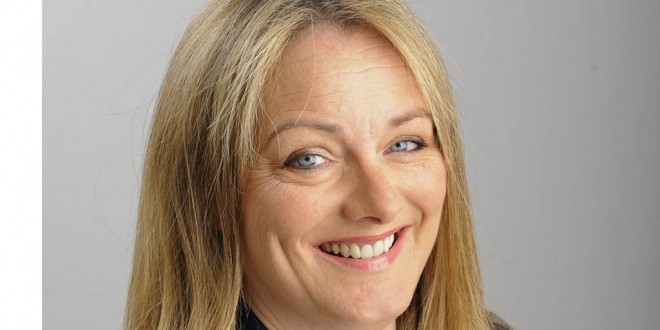 MARY Howard has been elected Cathaoirleach of Clare County Council, with her Fine Gael colleague Councillor Pat Burke elected leas cathaoirleach. Monday afternoon saw them both elected by their council colleagues to the positions, with no other nominations for either role.

The positions don’t carry real power but the cathaoirleach will be expected to represent the council at a wide variety of events, while also chairing meetings of the local authority, while the leas cathaoirleach will deputise for her over the coming year.

An emotional Councillor Howard said she was hugely honoured with her election. “To represent my county and its citizens is a lifelong dream and to be here now is humbling, exhilarating and a wonderful privilege,” she told Monday’s council meeting.

She acknowledged her friends and family, while she was quite emotional as she praised the role that her mother and father played in guiding her. “My late parents were firm believers in hard work as well as family, community, public service, playing one’s part and contributing to your home place,” said the Ennis woman. “

This certainly resonated with me and my siblings. To my parents I’ll be forever grateful for having been inspirational role models in my life and I know that they’re beaming with pride today.”

Councillor Howard said the people of Clare have shown resilience in the face of the pandemic. “Covid-19 has brought us to our knees. We lost loved ones, we lost livelihoods and we lost, for a time, our freedom to visit those that we love, our family and friends. What was not lost and what shone like a guiding north star, was our indomitable spirit.”

Representatives of Pieta House, Ennis Tidy Towns, Rape Crisis Mid West and Cahercalla Hospice, community groups she has been involved with, all came to see her being elected and she paid tribute to them. “It has been a pleasure to work with you and I hope to continue to do so for many years to come.”

Councillor Howard said that the positive traits of the people of Clare will be seen as the county recovers from the last few months. “Throughout my life, I’ve always been greatly impressed by the selflessness and altruism of the wonderful citizens of our county. We have started to reopen and rebuild our communities; domestic, commercial and industrial, repairing all of that damage, getting people back to work, reopening our county for business, along with building up the momentum that was with us before this virus struck.”

Councillor Burke said that having two Fine Gael councillors in the two positions is a landmark moment. “The power-sharing agreement came about together a number of years ago where we all work together now in the council but this is a historic day in that Fianna Fáil people and the independents agreed that today we would have a Fine Gael mayor and deputy mayor, the first time ever in the history of Clare County Council, to the best of my knowledge. That’s a truly historic occasion.”

For years, there has been power sharing in Clare County Council and Councillor Burke sparked laughter when he joked about political rivalries. “They said it was time for the two parties to move on, we were encouraged to bury the hatchet and move on. “But I just want to say as I look down at some of my Fianna Fáil friends, I have the hatchet left down but it’s not buried yet.”

Meanwhile, the new cathaoirleach of the Killaloe Municipal District is Councillor Pat Hayes, who has taken over from Councillor Pat Burke of Whitegate, who held the role for two consecutive terms. The Caher-based representative was nominated by Fianna Fáil colleagues Councillor Alan O’Callaghan and Councillor Tony O’Brien.

Owen Ryan has been a journalist with the Clare Champion since 2007, having previously worked for a number of other regional titles in Limerick, Galway and Cork.
Previous Senator Garvey seeks meeting of Clare Oireachtas members
Next Knockanean school development gets green light