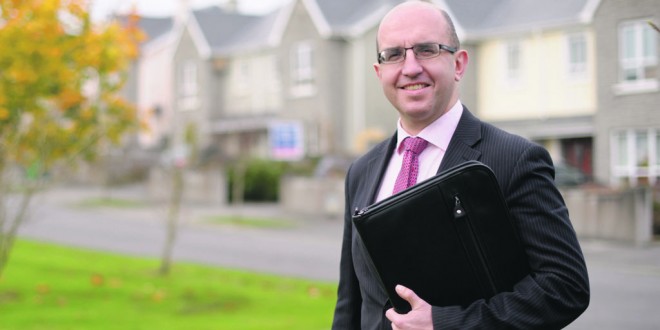 House prices up, supply down

House prices in Ennis have begun to rise again after losing more than half their value over the past seven years and may be up by 20% this year.

But the number of properties for sale are falling, as the supply of houses coming to the market contracts.

“We’ve seen a significant change since the beginning of August. There was a change from March or April on but from August on – particularly in Ennis – quite a lot of housing supply was snapped up and the available stock has contracted significantly. Houses are selling but the supply is just not being replaced,” said Diarmuid McMahon of Sherry FitzGerald McMahon.

“There are more people buying than selling and there’s no new supply. There has been nothing built in five or six years, and that’s starting to bite,” he said.

Much of the impetus for rising prices comes from the rise in confidence in the economy this year; and also from investors hoping to take advantage of capital gains tax incentives and from home-buyers, particularly first-time home-buyers, anxious to benefit from 90% mortgages.

“Investors have an incentive, if they buy before year end. If they buy a property and hold it for seven years, they won’t pay capital gains tax on any gains that they have in the intervening period – that tax incentive ends this December.

“There are quite a number of investors out there, who are getting nothing on deposits with the banks but they are confident now that if they invest in property, it should at least hold its own, if not produce a gain for them over time,” Diarmuid McMahon said.

Uncertainty over the proposal by the Central Bank to restrict mortgages to 80% – down from the current 90% – has also generated a lot of recent interest in house-buying.

“You have a lot of people who have been saving up for a deposit over the past few years, who have suddenly realised that the goalposts have moved – just before they were going to buy,” he added.

The Central Bank is expected to decide on the 20% proposal in early December and, should the bank go ahead with this proposal, it is also unclear when it will come into effect. The new mortgage cap could be in place from January 1 next. However, there is uncertainty whether 90% mortgage approvals already sanctioned by banks for three or six months will be affected.

The shortage of housing stock for sale is a reflection of the lack of housing developments over the past five years and, although prices have stabilised and begun to rise again, it would be unsustainable for developers to begin construction again at this point, he explained.

While there are a number of land deals that have been completed around Ennis in recent times, he believes that the purchasers will be taking a long-term view. Before sites would start to be developed again, as “prices would need to more than firm up. They would need to strengthen,” he said.

With house prices down by 50% to 60%, Sherry FitzGerald McMahon report an increase in prices and that guide prices on quite a number of properties have been exceeded.

“By the end of this year, you’ll probably see an increase in Ennis and some parts of the market of between 10 and 15% or even up to 20%. This is the first time we have seen this since 2007, so there’s definitely price growth. There are pressure points in the market; we have pent-up demand and there and there is no new supply,” Diarmuid McMahon said.

Sherry FitzGerald McMahon also report that the higher-end holiday home market has seen a resurgence, with deals in the €300,000 to €400,000 range.