Home » Lifestyle » Hotelier on the crest of Clíona’s wave 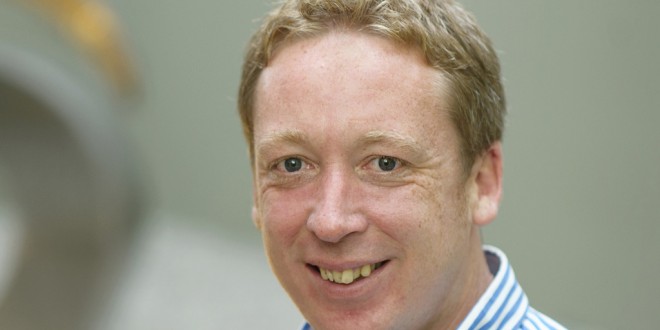 Hotelier on the crest of Clíona’s wave

HIS was the plight of hospitality workers the world over, he was never free on weekends. Donal Minihane, manager of Hotel Doolin, always wanted to go to a writers’ festival but couldn’t get away to attend one.

Undeterred, he decided the solution was to organise one in his own hotel. So not long after he set about writing his first novel, he set off to the Irish Writers’ Centre in Dublin to get some advice on starting the Doolin Writers’ Weekend.

“The idea for the writers’ weekend came from the fact I always wanted to go to a writers’ festival but I work in a hotel, so I thought I will never be able to go to one unless I have one here. I approached the Irish Writers’ Centre in Dublin about the writers’ weekend and when I was there, I noticed a flyer about their Novel Fair and decided to enter that,” Donal outlined.

“The way the competition works is that you submit your first three chapters of the novel. When I was shortlisted, then I submitted the full novel. It was super to win it and great to win it for Clíona’s Wave because it was the first piece of writing I had done. Winning it gave me a great boost and great confidence to go on,” he stated.

So this weekend, after the launch of the third annual Doolin Writers’ Weekend by Donal Ryan, Donal Minihane’s debut novel, Clíona’s Wave will also get its first official outing.

“Donal is a writer who I really admire and he is a lovely guy but when I was putting together the weekend and I decided to launch the book after he opened the festival, I wasn’t thinking that he was going to be on before me so I’m after putting a lot of pressure on myself,” he said.

‘Write what you know’ is a line often doled out to aspiring writers but it was what he didn’t know that inspired Donal to write Clíona’s Wave.

“I started it in 2012 and it is loosely based on a family story. It deals with the theme of the Magdalene Laundries and responsibility for what happened. I didn’t know much about the Magdalene Laundries and I didn’t think they had anything to do with me really but an aunt of mine died in England and we didn’t really know her that well but after she died, we met her son. He was 40 years of age before he found out his parents were not his biological parents and that she was actually his birth mother,” he outlined.

“My aunt had fallen pregnant as a teenager and was sent to a Magdalene Laundry in Cork. She had the baby, it was put up for adoption and adopted by a couple in England. When she got out of the laundry, she went straight to England and never came home. I had never heard anything about it before that and I really didn’t think that I had anything to do with the Magdalene Laundries. I didn’t realise it was in my family,” he said.
The seed was planted and Clíona’s Wave began to grow.

“I wanted to find out more about the Magdalene Laundries. I saw it in the papers and the scandal had broke but I didn’t know a lot about them. I wanted to do a bit more research. I didn’t want to go into the family story too much because some people in it are still alive. The other thing was that we also had a nun in the family on the other side. So we had a nun and a Magdalene and they were the same age, they were from the same village, they went to the same school and were in the same class. Both end up in convents but for two different reasons and only one by choice. I took that as the kernel for a fictional story. In the novel I made these two characters sisters and based fictional accounts around it,” he explained.

Donal admits he is beginning to feel nervous launching the book to an audience of writers but, in that regard, he said that he is in good company.

“I was talking to Theo Dorgan after he spoke before and he said he couldn’t eat all day he was so nervous and I was surprised because he is such an accomplished speaker.”