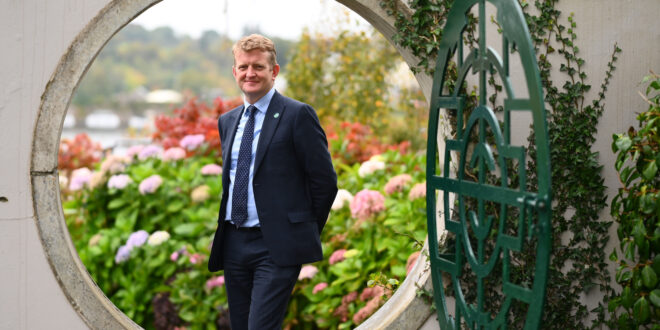 A WELL known hotel on the banks of Lough Derg has moved to clear the waters over confusion surrounding its location in view of national guidelines for people to remain in their own county during Level Three Covid-19 restrictions.

The Lakeside Hotel, Ballina, Killaloe has confirmed their registered address with Fáilte Ireland is Killaloe, County Clare, even though the hotel are located just inside the Tipperary border and pay their commercial rates to Tipperary County Council.

Straddling two counties and located just a short distance from the historic bridge linking Ballina and Killaloe, the hotel created something of a social media flurry when it posted government advice for people to stay in their own county.

Manager, Eoin Little is a bit bemused by this “unusual situation” for the town, as he believes Killaloe and Ballina work together as one community, apart from Gaelic Games.

“It is what you get from being in a twin town. Before I moved to this area, I only knew it as Killaloe, I didn’t know Ballina existed. Nationally, people just think it is called Killaloe.

“Killaloe and Ballina operate as one community, apart from GAA matches when everyone wears their county colours.

“Since the hotel was built, its address has been Ballina, Killaloe, County Clare. Ballina built up and became its own town.

“If I put down Ballina, County Tipperary for the hotel our post goes missing and the post office doesn’t use Eircode. It would confuse people who think we are Ballina, County Mayo.

“Using the Killaloe address is easier for marketing purposes. It is not an opinion on my part, I just inherited the situation.

Stressing the hotel would continue to operate to the highest standards of Covid-19 regulations, he confirmed the hotel was not stopping people from staying in the facility as guests as it doesn’t operate as the National Public Emergency Team.

Meanwhile, Lough Derg FC, which has playing members on both sides of the bridge has been forced to cancel all mid-week training as all of their floodlit facilities are on the Clare side of the twin towns.

With more than 60% of members resident on the Tipperary side, the club felt it wasn’t practical or indeed fair to leave their Tipperary team mates in the dark and run training sessions for and by Clare residents.

Last Saturday, the club was forced to conduct two training sessions on the Clare side in Clarisford Park and at the rear of St Anne’s Community College and two on the Tipperary side on the Ballina National School pitch and the Birdhill FC pitch.

Government Level Three guidelines request that the public stay within their resident counties unless for essential reasons.

The FAI have issued all clubs with the following instruction “Coaches and players are not permitted to leave their resident county for training with adult amateur and non-elite underage teams”.

While club public relations officer, Ray Hickey stressed nothing is more important than the health and safety of all their members, he believes the government and sporting bodies should consider Killaloe and Ballina as one community.

The club will ensure all squads get a training opportunity again next weekend, in full compliance with government and governing body guidelines.

It is also exploring other midweek training opportunities while also lobbying for the obvious solution – recognising that the twin towns of Killaloe and Ballina function as one entity, one community. 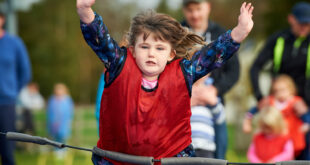