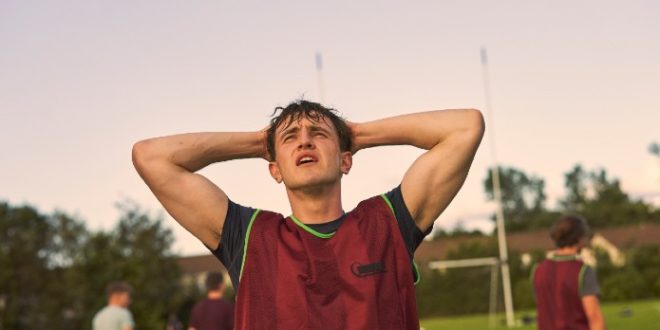 RAVE reviews are being savoured by a young actor with strong Clare links, after a massively positive response to the series ‘Normal People’, directed by Oscar-nominee Lenny Abrahamson.

Twenty-four year-old Paul Mescal, whose dad hails from Cree, plays Connell in the small-screen adaptation of the Booker-prize long-listed novel by Sally Rooney. His performance, alongside Daisy Edgar-Jones as Marianne, has been receiving critical and popular acclaim since the series opened this week on BBC, RTÉ and streaming service Hulu. Paul’s extended family in Cree have theatre in the blood with a big connection to the vibrant West Clare drama circuit.

“My dad Paul grew up in Cree, the son of Michael and Mairéad, and we would have gotten back down to West Clare on lots of holidays over the years,” Paul told The Champion. The young actor, who grew up in Maynooth, County Kildare, lists Spanish Point as one of his favourite destinations and is hoping that once the lock-down eases, he will be able to return. For the moment, Paul is in London, coping with the Covid-19 in the midst of a mini media frenzy around his television debut.

Paul, whose sensitive portrayal of a young man coming of age has earned him rave reviews, credits his West Clare links with sparking a love of acting.

Paul Senior told The Champion more about that early inspiration, recalling how his own father, the late Michael Mescal had produced John B Keane’s ‘Sive’ in Cree in the late 1970s.

“My father would have been very well known in acting circles in West Clare and towards the end of this time in drama, he directed a production of ‘Sive’,” he said. “I basically pestered him into giving me a part in the show and played the part of Carthalawn. Once I moved to Maynooth in the ’90s, I got very involved in local drama.”

Paul (Junior) said that, as a young boy, he enjoyed watching his father on stage, but didn’t think it would be the path he would follow himself.

“My dad would have taken me to see his shows,” he outlined. “I loved watching him, but didn’t think then that a career in drama could be ahead for me.”

Paul said he is “incredibly proud” of his role in ‘Normal People’ which a number of critics have described as a perfect tale of modern love.

That sense of pride was echoed by the young actor’s dad who said the family, who also include singer-songwriter Nell (17) and Donnacha (21), were thrilled with Paul’s achievement: “We’re delighted that he’s in such a high-quality production. We’re very proud.”

As it turns out, Paul is not the only actor with Clare links. Tuamgraney’s Frank Blake plays Marianne’s prying brother Alan. ‘Normal People’ in 12 episodes is screened on RTÉ 1 and is available online on the RTÉ Player.

Fiona McGarry joined The Clare Champion as a reporter after a four-year stint as producer of Morning Focus on Clare FM. Prior to that she worked for various radio, print and online titles, including Newstalk, Maximum Media and The Tuam Herald. Fiona’s media career began in her native Mayo when she joined Midwest Radio. She is the maker of a number of radio documentaries, funded by the Broadcasting Authority of Ireland (BAI). She has also availed of the Simon Cumbers Media Fund to report on development issues supported by Irish Aid in Haiti. She won a Justice Media Award for a short radio series on the work of Bedford Row Project, which supports prisoners and families in the Mid-West. Fiona also teaches on the Journalism programmes at NUI Galway. If you have a story and would like to get in touch with Fiona you can email her at fmcgarry@clarechampion.ie or telephone 065 6864146.
Previous Zimmer Biomet donate PPE to St Joseph’s Hospital
Next Rescue services advise against water activities