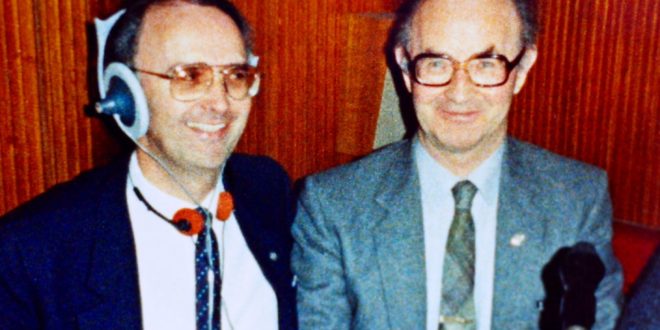 MORE than 33 years ago, Killaloe-Ballina RTÉ Community Radio was broadcast from the Molua Centre in the Green, Killaloe from April 6 to 11, 1987.

Recordings from this community project in association with RTÉ are now available on Soundcloud thanks to a new link that has been provided by the Killaloe Ballina Historical Society.

The society are so delighted that more than 30 years later, it has the opportunity to share these shows with listeners and hope, whether people are hearing them for the first time or were tuned in in 1987, that they enjoy listening.

Resident, Antoinette Ryan came across tape recordings her mother, Mary Ryan, nee Minogue, made during Killaloe Ballina Community Radio Week in April 1987, which includes most of the shows aired over the six days. Often, in the background, listeners can hear Mary pottering about in her kitchen.

Pauline Quigley, Grange Road, Ballina, has provided the society with photographs taken by her husband Michael in studio in 1987.

A special souvenir programme outlining details of the programmes, which were about to be broadcast on 202 MW and 96.2FM was produced at a cost of 50 pence.

Oral history guru, Arlene White has used this quiet time during the Covid-19 lockdown to do a lot of tedious work converting from cassette to digital.

The society has taken out a one-month free trial on SoundCloud so the recordings are available until May 25.

The recordings were posted on Saturday at 9pm and the following day they attracted 100 sign ons from interested listeners.

Secretary, Deborah Dudgeon said they are so happy that people are enjoying them and as one resident noted it was her first time hearing her father’s voice in 18 years, which made the project all worthwhile.

“These recordings are a real snapshot of our community some 33 years ago, it was a different time before the internet and mobile phones. For anyone sick of listening to all things Covid19 on the radio, then these recordings will provide a welcome escape,” she stated.

The committee involved in this wonderful project were Michael Connolly, Killaloe, chairman;

The Community Radio was broadcast in Killaloe and Ballina, and was also enjoyed in Birdhill, Boher, Bridgetown, Clonlara, Newport, Ogonnelloe, Portroe, Scariff and Tuamgraney.

Chairman, Michael Connolly introduced this Community Radio Week as an opportunity for local people to meet and “air” views and ideas on different social, educational and cultural matters, with music, song and story, all presented and produced locally.

“I hope that this week of broadcasting will live on in memory for many years, and that all aspects will be enjoyed by you, the listeners,” he stated. 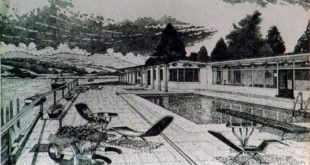