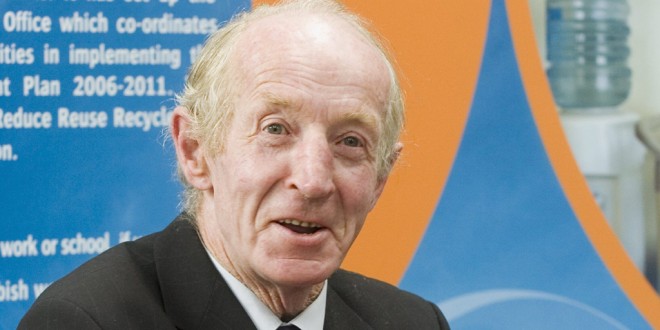 THE West Clare Economic Task Force has been accused by one of its own members of claiming credit for achievements that it had nothing to do with.

He made his claim at Monday’s meeting of West Clare Electoral Area councillors, all six of whom are members of the task force. It came during a debate on a motion put forward by Councillor Christy Curtin, who asked that an invitation be issued to Fáilte Ireland, Enterprise Ireland, Teagasc and the Local Enterprise Office to re-engage with the task force.

In a written reply, Clare County Council listed five specific task force achievements, including the establishment of Loop Head Lighthouse as a visitor attraction, preliminary work on proposals to develop tourism infrastructure on the Fergus Islands and the adoption of the Shannon Estuary Integrated Framework Plan.

“There are a lot of different parties involved here and we’re actually hijacking their efforts. In other words, we have a phantom with an umbrella who is claiming credit for things done which have been done by other people,” Councillor Kelly maintained.

“I look at the reply and it notes the apparent achievements of the task force. You know my views on task forces, they’re long finger jobs,” he claimed.
Councillor Kelly attributed credit to former Clare IFA chairman, Seamus Murphy and LEADER for the Fergus Islands proposal, to Councillor Gabriel Keating for the opening of Loop Head Lighthouse and to Clare County Council for the adoption of the Shannon Estuary Integrated Framework Plan.

In July 2010, the six-point task force plan undertook that some of the half-dozen primary aims would be achieved inside 12 months.
However, the report, which was launched by the then Minister for Defence Tony Killeen, made no reference to the specific number of jobs that the blueprint might help to create. It did indicate that if the six ideas were implemented, employment would be created as a result.

One of the proposals was to establish a Kilrush-based West Clare Tourism Centre, which would act as a one-stop shop for tourism in the region. Kilrush Town Council was described in the report as the “lead agency” with regard to the establishment of the tourism centre.

In the report, Kilrush Town Council was also given responsibility for the provision of tourism information boards in West Clare, the provision of a telescope at Loop Head and the marketing of historical sites.

At Monday’s meeting, the council’s written reply suggested that a recent task force meeting in Kilkee came to the conclusion that there is little point in the committee meeting again in the short-term.

“It was agreed that convening a meeting of the West Clare Task Force would not be beneficial while the level of [agency] restructuring in train remained incomplete. The focus, therefore, would be for Clare County Council to continue to initiate actions in the area of enterprise and economic development, with a particular focus on horticulture and mariculture area,” the reply stated.

“The most extraordinary aspect of it is that there’s a statement here, which is effectively an admission that they’re not going anywhere,” Councillor Kelly said.

“We should set a date for achieving something and do it. Forget about an illusion that we’re doing something by setting up a talking shop, which is a phantom in the area taking credit for what somebody else has done,” he reiterated.

Councillor Curtin said he is also frustrated at the rate of progress but denied that anybody was seeking unearned credit.
“I’m frustrated with the rate of pace but that doesn’t eliminate the challenges before us to work consistently and persistently to ensure that we create jobs. No-one is claiming credit for anything. We work together as a team,” he stated.

Director of services, Anne Haugh acknowledged that the task force has been held up due to changes within agencies attached to the committee.
“Admittedly, there has been a lull in activity with the task force in the last 12 months, at least, while we’re all awaiting [agency] restructuring. We’re affected by it ourselves here, as are all of the agencies,” she said.

In February 2013, The Clare Champion reported that the task force was be disbanded due to a lack of interest from the agencies involved.
The then Kilrush Electoral Area chairman, Bill Chambers told the February 2013 meeting that a letter sent to the stakeholders, establishing their interest in remaining involved in the task force, had not elicited a single response.

However, a number of councillors opposed the abolition of the task force, so it was agreed to maintain it.

West Clare native Peter O'Connell has worked for The Clare Champion for 12 years and covers everything from sport, especially GAA, news, features and has been even known to branch into the fashion scene on occasion.
@@westclarepage
Previous Gort pupils go back to the ’50s
Next Samaritans recruitment drive in Shannon and Ennis

Barbers return to shave the day