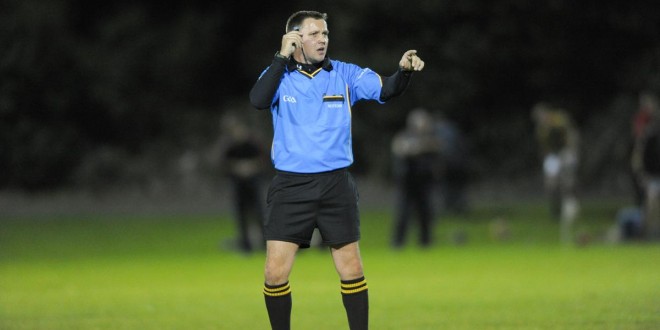 A REQUEST made to members of the national GAA referees panel to highlight an awareness of cancer Clare referee Rory Hickey had his head shaved at the Éire Óg clubhouse.

“Back in the autumn, the members of the national referees group were asked to do something to heighten an awareness of cancer. Some of the lads participated in a fundraiser in November and others are doing their project now,” the Ennis man told The Clare Champion.

“In conjunction with Micheál Malone from D Barber shop in Francis Street, we decided to participate in a shave and dye project,” explained the Éire Óg GAA clubman, who had his head dyed on Monday last.

At Thursday’s event, Rory and Micheál completed the project.

“Unfortunately, everyone we speak to has a cancer-related story. Even in our own club, we have had some cancer-related losses over the years,” said Rory, adding that he lost an uncle to cancer in the not too distant past.

“Traditionally, guys wouldn’t be great to go to the doctor for a check-up so we are suggesting that they should go once a year on their birthday. The big message is that early intervention could help save lives,” he added.

Rory paid tribute to Micheál Malone, his staff and all who have supported the venture.

Anyone who was unable to attend, can donate online at www.mycharity.ie, key in the name of Rory Hickey and follow the link.

Previous John Michael Tobin, 101, laid to rest
Next Dublin backlash too much for Clare