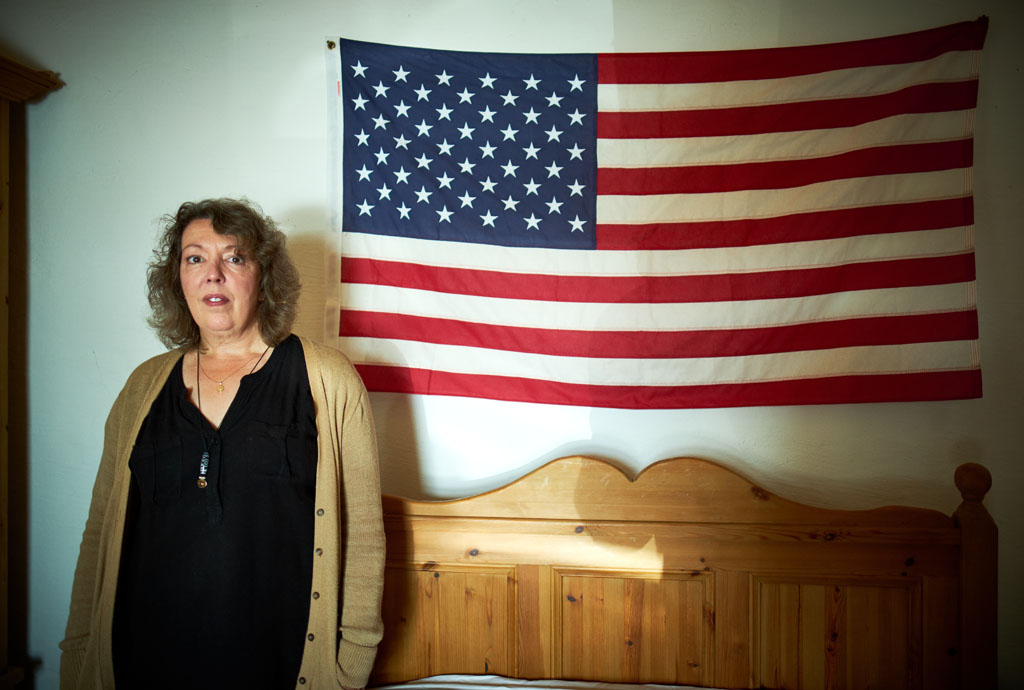 American citizen living in West Clare, Janet Claire Burke, who is opposed to the visit of president Donald Trump. Photograph by John Kelly.

‘He has far surpassed how bad I thought he could be’

WHEN Donald Trump comes to West Clare, one house he shouldn’t call to is Janet Burke’s, even though she is a fellow American abroad. Trump might not be a popular president anyway, but when Janet talks about him it is very clear her dislike of The Donald is very acute.

Even when he was just a celebrity billionaire she didn’t care for him, and her attitude only hardened as the Trump presidential campaign proceeded, and Janet says his two years in office have been much worse than she feared. “Living through that election process, the things he was saying and the way he was behaving, at first it seemed like a joke. From the beginning it was terrifying to think that this man might get that job. He was so erratic, he was so divisive and hateful.

“I was worried when he got it, but he has far surpassed how bad I thought he could be. I didn’t think he would do well but I thought he might knuckle down and be mediocre. But he has been so much worse than he was even during the campaign, I can’t believe it.”

While Hilary Clinton had been a slight favourite to win the election, it was clear the vote was going to be tight and Janet was disgusted when the result came in. “I went to bed the night of the election not feeling really good about it. I have two adult children, one lives in Los Angeles and one lives in Portland, Oregon. They were up watching the election results, everybody was nervous, and I said when you find out for certain let me know. My phone beeped in the early hours, I grabbed it and the message said it’s not good. Honestly, after that I felt like I had PTSD for months.”

On the day Trump was sworn in, Janet was in Doonbeg, but it certainly wasn’t a pilgrimage from a devoted supporter. “I remember the day of the inauguration I was out driving. I was really depressed about it, I happened to drive through Doonbeg that day to head back to Kilkee. I got out of the car to take some pictures and somebody from rTe 1 was interviewing people. “He came up to me and when he heard I was American he said do you mind if I ask you some questions, and he asked, ‘Are you here celebrating?’ I was like ‘no, I’m not!” she laughs.

When asked what it is about Trump that most makes her dislike him, Janet comes back with a very long list. “The daily things, the gaslighting, the daily lying, the tweeting, the discrediting the media so people don’t know what to believe. The way he has been backing out of treaties, the Iran nuclear deal, the Paris agreement, he pulls right out without really listening to anybody. He makes decisions just based on gut-level reactions to things which makes me really frightened.

“I think he’s hateful, the dogwhistles, the racism, things are getting bad over there. I went back to the US to visit my kids and people are depressed. They’re worried. For a long time people were worried about north Korea. Both my kids live on the west coast, obviously north Korea has been an ongoing problem, but he seems to just have made it so much worse and turned it into an emergency situation, where people were afraid when they heard a boom.”

Janet says she may participate in an anti-Trump protest planned for Dublin on November 10.

There is a certain amount of warmth towards Trump in West Clare, as he is one of very few people who have made a major investment in the area. However, Janet feels its actual impact may be exaggerated and says that if anyone else had taken on the golf course the very same economic boost would have resulted. “I get that maybe people think it’s good for business, but I’ve talked to people and I don’t think that many people are making that much money through that place.

She arrived in West Clare just a few months before the Trump victory, and she says people she meets are very interested in hearing her views. “I’m embarrassed of him. I’ve had people I barely know send me messages on Facebook asking me what do the American people think of it when they start taking kids away from parents at the border.

“I find that in Ireland when people hear I’m an American, they might somehow in the conversation try to bring it up in a way that’s not offensive, just to hear where I am, to see if I’m one of those people!”

Trump’s rise to power was hugely unlikely, even given his massive financial power. It will be studied by academics and political analysts for years and Janet has her own perspective on how he became president.

“Most of the people I know would never go near him, but I do have family that did. Older people, people who were angry about refugees, people who are angry. They’re mad because of gay marriage, they think liberals are taking over, that kind of attitude.

“But some of the people I know who are lifelong Republicans didn’t vote at all. Some people voted for him because they didn’t really pay attention, they think, ‘He’ll be alright, he’s not a politician.’ I think a lot of people don’t think.”

She also feels a very effective job was done of discrediting Hilary Clinton. “I heard things here even, I remember people coming up to me before the election saying how they hated Hilary. I was thinking how do people here even get that, that they hate her. If that was happening here I can imagine it was happening a lot in the US.”

Also she feels that public anger about the economy was turned into a misplaced protest vote. “I think a lot of people that are angry and voted for a guy like Trump don’t know who their enemy is. They don’t know that 30 years of Reaganomics is why they don’t have money in their bank accounts and their jobs are stagnant. They want to blame somebody and they’ll blame whoever Fox news tell them to blame.”

Previous Google: “We’re working to stop misinformation”
Next Trump trip to Doonbeg could be off 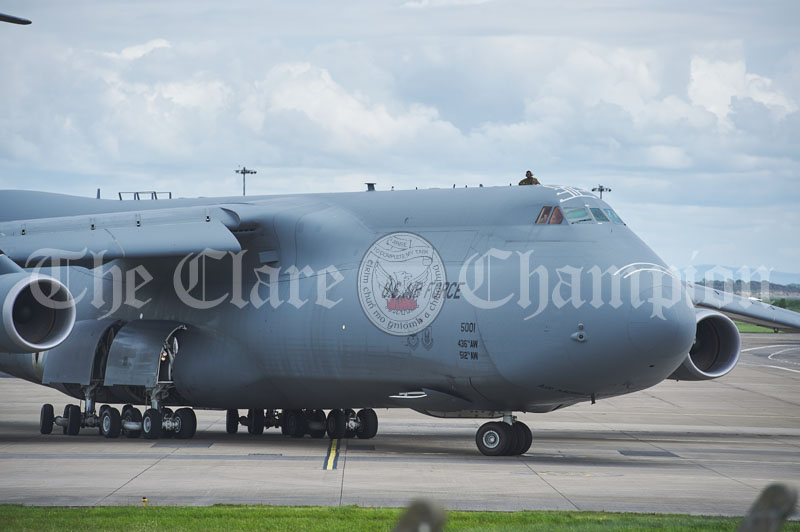