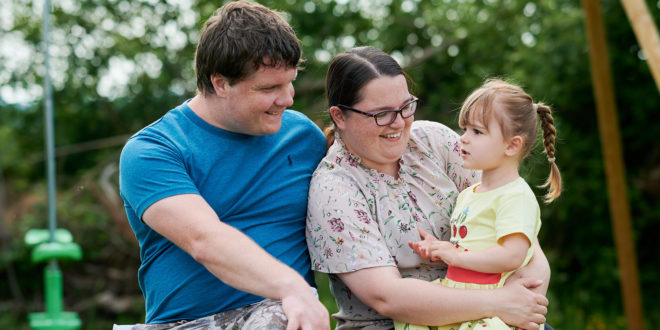 At Gemma’s 32-week scan they were told of an anomaly, and within hours of his birth he was having seizures while at five days old his parents were told he had a suspected genetic condition.

After a number of weeks of treatment in hospital his parents did finally get to bring him home, and he died in their arms on March 31.

In honour of their son’s memory Joe and Gemma are walking the length of Route 66, which spans the USA, and has a total distance of 3,669.8km. They plan to complete the challenge by January 23 of next year, when Míchaél would have celebrated his first birthday. They have a GoFundMe page and at the time of writing donations were approaching €10,000, way ahead of an initial target of €1,000.

When baby Mícheál passed, the lockdown was still in its early stages and the agony of his father’s grief was compounded by the absence of the usual customs that follow a death. “It was at the beginning of the lockdown so we couldn’t have a funeral or anything like that. It was fairly difficult,” says Joe.

Two months on he is back working remotely, while Gemma is making plans to overhaul their garden, putting in a little area in memory of Mícheál. “It’s good to be getting back to some normality, even though nothing will really be normal again,” says Joe.

Scans showed there would be complications before Mícheál was born, but there was still hope that he would be relatively healthy. “He was missing a part of his brain, it’s called the corpus callosum, but people are born without it and it mightn’t affect them that badly. There might be some developmental delays but there are people walking around who don’t know that they are missing it.

“We kind of had that little bit of hope, we knew there was fluid in that area and a shunt might be needed but everything else showed up ok, even the folds of his brain looked good.

“It wasn’t until after he was born and he went for an MRI himself that they noticed the folds of the brain weren’t formed properly. It was a very bad malformation, it wasn’t just missing the corpus callosum, it was a number of other things and the biggest one was the folds of the brain not being formed correctly.”

Because they knew there was an issue Gemma had given birth in Dublin, as they felt if the baby was born there, he could receive whatever care he needed more quickly in the capital. As it turned out he needed significant care almost right after coming into the world.

“Within a few hours he was in a high dependency unit in Holles Street, they noticed he had a lot of twitching and seizures and they transferred him into the ICU.”

Even though it was apparent their little boy was very ill, there were hopes that he would live for longer than he did. “With the diagnosis he was given, we would have looked it up and there were timelines of between 18 months and 10 years. No doctor can tell you how it’ll go. He was transferred to Limerick and they did an awful lot of work with him but he continued to lose weight and it was fairly evident there was another complication in that he wasn’t absorbing as many nutrients as he should have been. That’s ultimately what brought the timeline from potentially 18 months to 10 years to when he passed away after nine weeks.”

It is a terrible tragedy to have struck a family, to have the hope and potential of that young life taken away so quickly. While his suffering must be terrible, Joe has a unique perspective, appreciative of the very little time that he was given with his son. “I know it’s a strange thing to say but there are a lot of people who aren’t that lucky, who might only get a few hours with their kids. For the first few weeks when he was up in Holles Street and Temple Street, Órnaith (the couple’s daughter and Mícheál’s sister) couldn’t see or meet him at all.

“Naturally,  for a little girl to be told you have a little brother but you can’t see him, it’s tough. In the end we got him down to Limerick and brought him home, and a lot of families don’t get that opportunity.

“He died in our arms but we were at peace at that stage, we knew it was coming, as hard as it was. He was in our arms when we were in bed.”

It really is an incredible perspective to have on something so very sad and tragic.

Hugh’s House is probably the least well known of the charities they are collecting for but it is one that made a big difference to the O’Gorman’s at one of the most challenging times of their lives. “My wife’s parents live in Long
ford so I was commuting up and down a few days as they were minding Órnaith at the time, while Gemma was still in Holles Street. When she was released from there we were given the opportunity to stay in Hugh’s House.

“A woman whose son had been at Temple Street, she noticed a lot of families were coming from all over the country who didn’t have any place to stay so she set up a house and that’s where we stayed for two weeks.

“It was only a five-minute walk from Temple Street so we were able to go in and out for the few weeks he was inside there.”

Indeed all four charities provided very important support to the O’Gormans, when they needed it. “Hugh’s House, Jack and Jill, the Irish Cancer Society and Milford House were unbelievable in helping us through it, we wouldn’t have been able to get him home if we didn’t have the support of Jack and Jill, Milford and the Irish Cancer Society. Even though he didn’t have cancer they still gave us the night nurse for a few weeks and Anne was unbelievable for us. So were Mags and the nurses from Jack & Jill, they all contributed to helping us. The staff in Limerick hospital and Holles Street and Temple Street were all fantastic as well.”

Walking the distance of Route 66 is helpful for Joe and his wife, he feels. “Gemma had the idea of doing a walk for him but more for herself and myself, that we’d have a target. Some people on Facebook said that if we were doing fundraising, they’d like to contribute. We got the idea that maybe we should do something.”

More information can be obtained at the GoFundMe page https://www.gofundme.com/f/ memory-of-micheal 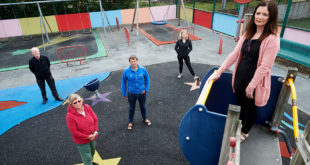 Lions roar ahead in support of frontline health workers