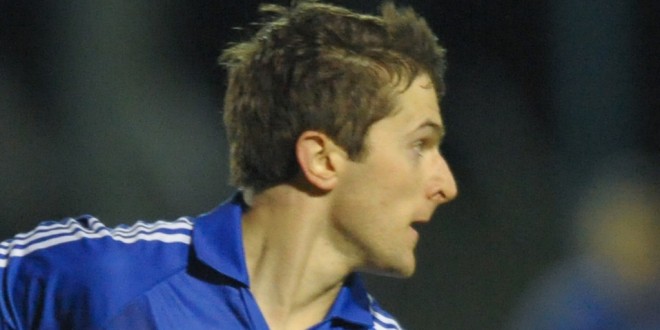 Hawes calm ahead of Magpie storm

EVER wonder how far Cratloe football has progressed inside a decade? Eleven years ago, the club’s Junior A team defeated Doonbeg in the 2002 county final. That winning panel was Cratloe’s first team, while their opponents were The Magpies’ juniors. Come Saturday afternoon, Cratloe will compete on an equal footing with their vaunted rivals when they take on Doonbeg for the 2013 Clare Senior Football Championship.

“It’s some jump in 11 years. A lot of the credit has to go to Colm [Collins] for that. I know Martin Murphy was there all along bringing us to that level but Colm really brought us the next step. There were a lot of us involved back in 2002 and we’re still tipping around today,” the Connacht Hotel account assistant reflected.

“I remember going to county finals in the late ’90s and watching the likes of Doonbeg and Kilmurry. It’s a bit surreal, to be honest, to be up there now playing them. It’s over 10 years ago since we lined out in that junior final against Doonbeg. It just shows the progress the club has made as regards football,” the Cratloe centre-back added.

While Cratloe will field three All-Star hurlers this weekend, Hawes says every player takes the football as seriously as the hurling.

“We definitely treat both codes equally. When we started off at the start of the year we had the same attitude, training wise, to both. The goal at the start of the year was to go as far as we could in both competitions. Obviously, there was massive disappointment there with the way we went out of the hurling championship. But Colm [Collins] wasn’t long refocusing us. I know it would mean as much to all the players, and definitely to a load of people in the club, for us to get over the line and win the title,” he asserted.

This weekend’s county final will be a genuine clash of geographical opposites, when west meets south-east.

“We’ll be thankful of all the support we get. I’m not sure if all West Clare is supporting Doonbeg or all East Clare is supporting us. My father, Nick, is from Breckan’s and I know what Jack Daly means to him and the likes of Martin [Murphy] and Colm [Collins]. It would mean so much to them. It’s not as if growing up we only dreamed of winning the Canon Hamilton. We’ve been playing football with the club since we were eight or nine, so it would be a massive thing for us to win it,” Hawes explained.

Along with the majority of his team-mates, Hawes has played in three county hurling finals, including Cratloe’s historic 2009 triumph.

“We’re fortunate enough to have been in three hurling finals in the last four years. It’s special to the club that we’re in our first football final in 126 years, so it’s all new ground for us and it’s something we’re all looking forward to,” he said.

Hawes is hopeful that the experience of preparing for county hurling finals will stand to Cratloe this week.

“I know the games are totally different but you can use some of your regular routines, methods and thought processes on the week of a game. Given the few county finals we’ve been in, it’s definitely a bit of a help to us to focus on Saturday’s game,” he acknowledged.

Up to now, Cratloe have beaten Kilmurry Ibrickane, Cooraclare, Kilrush and Éire Óg. If they beat Doonbeg in the county final, nobody will dispute but that Cratloe are Clare’s number one football team.

“I was thinking a few weeks ago about the draw we’ve had. It couldn’t have been much tougher in that regard. If we are to go on and win it, no-one can say that we didn’t go down a tough route.”
One of Hawes’ duties on Saturday will be to provide a physical barrier to repel the likes of Frank O’Dea, Ronan Goode, Enda Doyle, Colm Dillon and Shane O’Brien in the middle third of the field.

At the far end of the field, Cratloe will be trying to create space and plentiful overlaps for their attacking fliers.

“We seem to have contrasting styles. Our aim is always to move the ball quickly and use our size and mobility as a strength. Doonbeg are a team that is well capable of counteracting that. I watched the semi-final last Saturday and they were very impressive. They are a good physical team and they have David Tubridy inside there, who is a serious forward. They have a load of experience too, which counts for so much, in the likes of Conor Whelan and Pádraig Gallagher. I remember watching them going back years. It’s going to be fascinating what way it will turn out,” the articulate Cratloe defender speculated.

Hawes feels lucky to be playing for Cratloe in 2013.

“Before this group of six lads, who won All-Ireland medals came through, we always had a close-knit GAA club anyway but I think they have driven it on to the next level. It’s a great privilege to be playing with the club at this time. Look at the likes of Jackie O’Gorman and what a great hurler he was, along with some of the other great players who played for the club. It’s a privilege for us to be playing in county finals,” he said.

Hawes works in Galway, as does his team-mate Seán Collins.

“I travel up and down with Seán every day. We share the driving every week. There are people doing far worse commutes than up and down to Galway. We’re fortunate enough in that everyone who is available to Cratloe is around. We have a few travelling from Cork but that’s as extreme as it gets travel wise. We’ve lost a few to London but the core group has managed to stay around. We’ve been fortunate that way,” acknowledged Hawes, who will be seeking his second senior club championship medal on Saturday.

West Clare native Peter O'Connell has worked for The Clare Champion for 12 years and covers everything from sport, especially GAA, news, features and has been even known to branch into the fashion scene on occasion.
@@westclarepage
Previous Aherne prepares to walk behind the band
Next December date for Cooley Collins festival