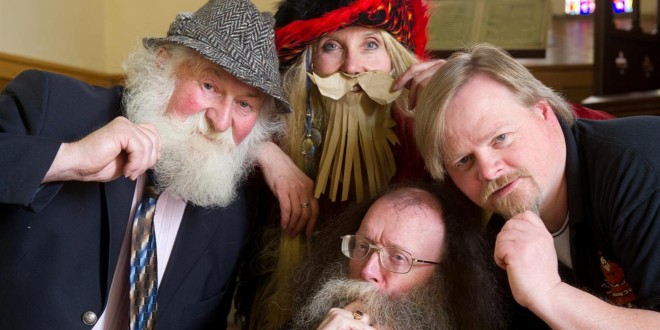 The Festival of Finn takes place this weekend in Corofin. It includes two world record attempts.

COROFIN will attempt to break two Guinness World Record this weekend. The first attempt takes place on Saturday when the village will attempt to hold the largest gathering of beards and moustaches. The current record was set in the US in 2011 when 462 beards amd moustaches gathered in Newport, New Hampshire in the United States. Ballymoe in County Galway made a valiant attempt as part of last year’s Gathering, but fell short with 287.

Corofin’s second record attempt will be for longest beard chain, which was set in Germany by 20 men whose chain measured 62.5 feet.

Guinness World Records are not taken on lightly. The publication has strict requirements to prove a record-breaker. Emer Brosnan, one of the Festival of Finn organisers, explains that following the criteria can be stressful.

“For an event like ours – the largest gathering – we have to have a confined space to put our ‘beards and staches’. Among other things, we have to have a ticketing system, and also provide a continuous time and date-stamped video of the entrance and exit. Guinness must pre-approve all our efforts. Most people don’t realise the groundwork that’s done in advance of an event like this. I have a new appreciation for anyone who’s broken a record. Hats off to Kilfenora.”

Organising is not restricted to satisfying Guinness World Records requirements, a programme of entertainment has also been arranged around the attempt with food stalls, an open market, live music by The Hooch Hikers, and activities for children.

Emer and her fellow committee members are encouraging people throughout Clare to be part of the weekend’s festivities.

“It’s a real nail-biter,” said Emer. “We’ve done all this work. Now we have to wait and see who shows up to help Clare claim yet one more title,” she added.