The High Court in Dublin.

A North Clare-based GP has launched a High Court action over the Health Service Executive’s decision that he does not qualify for payments under a scheme designed to ensure services are provided to medical card-holders in rural areas.

The action has been brought by Dr Liam Glynn, a GP working out of Ballyvaughan and Fanore, arising out of a decision by the HSE earlier this year that he no longer qualified for payments under a scheme known as the Rural Practice Allowance.

He provides medical services  from Ballyvaughan Medical Centre and Fanore Dispensary, and makes numerous house calls to patients every week.

The HSE in correspondence with Dr Glynn said its decision was based on the fact that Dr Glynn has a panel size of 766 patients between Ballyvaughan and Fanore.

Dr Glynn said he shocked by the decision, and claims that he should be included in the scheme as Ballyvaughan has, according to the 2011 census, 258 people and the nearest town with a population of 1500 is 10 miles away.

He claims the wrong criteria have been used by the HSE to assess his eligibility for the scheme.
He said his patient numbers increased following the recent retirement of a GP in the area.  As a result of the HSE’s decision, he says his practices  have been pushed into a financially unsustainable position.

Moving the application, Richard Kean, SC for Dr Glynn, said his client had come to the High Court as a last resort, adding that a number of other doctors are in a similar position.

Counsel added that attempts to rectify the situation with the HSE, through Dr Glynn’s solicitors, Phelim O’Neill Solicitors, and local public representatives, had not proven successful.

In his action, Dr Glynn is seeking a number of injunctions, including one preventing the HSE from terminating or altering the terms and conditions of the contract of services he entered into with the HSE in 2005.

He also seeks orders compelling the HSE to recommence the payment of the Rural Practice Allowance to him, as well as an injunction preventing the HSE from refusing to pay all fees and allowances due under the terms of his contract.

Dr Glynn also seeks a number of declarations, including that the HSE’s decision to alter or refuse to pay him the Rural Practice Allowance payment is null, void and in breach of contract.

The matter came before Ms Justice Isobel Kennedy, who granted Dr Glynn’s lawyers permission to serve short notice of proceedings against the respondents.

The judge made the application on an ex-parte basis, returnable to a date next week. 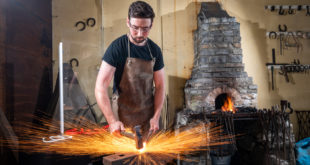