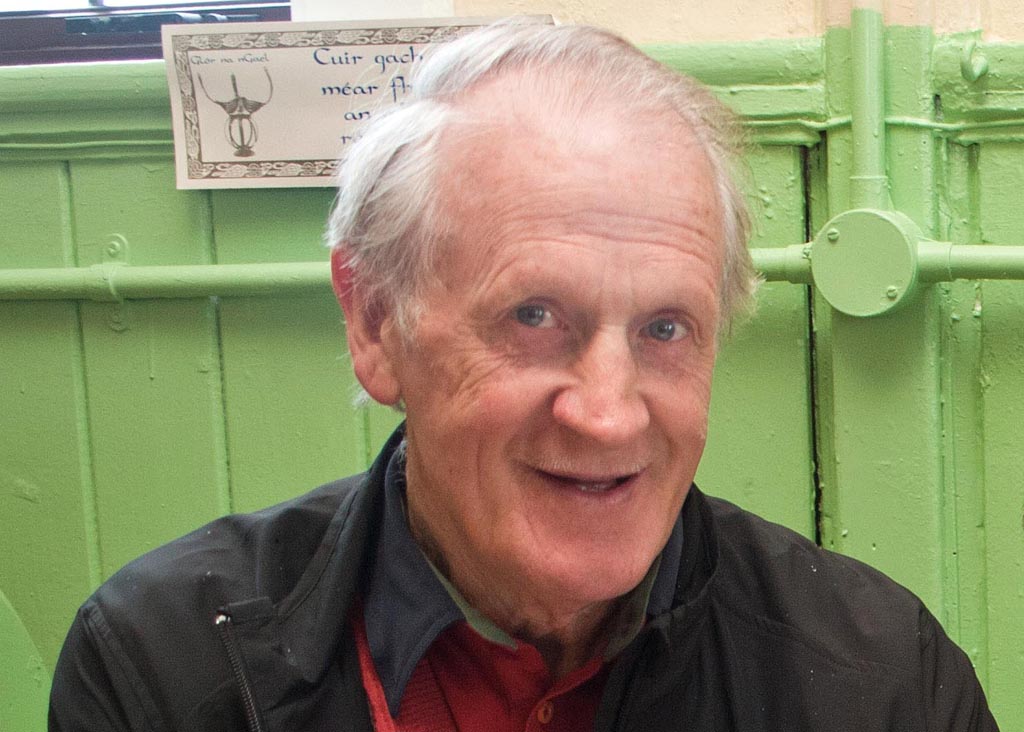 Michael Haugh, the last chairman of the Board of Management at Baltard National School, Doonbeg.

Government under fire for “neglecting Kilkee and Kilrush”

The Government has come under fire for “neglecting” two of the main West Clare towns – Kilkee and Kilrush.

Michael Haugh from Doonbeg is keenly aware of impact of rural depopulation in West Clare, having seen the closure of Baltard National School in recent years.

He believes that urgent action is needed to secure a major new industry for West Clare.

“The Government has neglected towns like Kilkee and Kilrush. They are putting no new industry into these towns.

“I have been to towns in Kerry where ministers like Dick Spring got in industries to places like Tralee and Killorglin.

“What can be done to create jobs? A big factory should be brought into Kilrush. They have these factories in places like Killorglin, Kenmare and Cahersiveen but not in Clare.

“Our problem is we don’t have a senior minister. Brendan Daly brought the Kilrush Creek Marina to Kilrush, nothing else has happened since then.

“We need a big industry for West Clare. There is an industrial estate in Kilkee and there is no major industry in it,” he said.

Despite the best efforts of the local community, Baltard National School closed its doors for the last time in June 2013.

At the time there were only eight pupils attending the school.

The last chairman of the Baltard NS Board of Management, Michael Haugh told the Clare Champion this week there is only one family with a teenager, who previously attended the school, now residing west of the school.

Mr Haugh recalled the rest of the dwellings in this area were sold off as holiday homes.

The former Doonbeg footballer claimed the Department of Education had a plan to build one large national school for the peninsula area but this never came to fruition because officials knew it wouldn’t work.

“We did our best to keep Baltard National School open but we couldn’t do so. Families from Dublin brought in by Rural Resettlement Ireland kept the school going for about ten or 12 years.

“One family that came down from Dublin had four children. The local children weren’t there any more to keep the school going.

“Some children went to Bansha National School, which would be the nearest, because it had a good reputation.

“Back in the early days of Baltard NS there were up to 90 children attending the school. It had three classrooms with one principal and two teachers.

Mr Haugh said not enough jobs are being provided locally in West Clare. Apart from Trump International Golf Club, he said the only other major local industry is Saint Gobain Performance Plastics in Kilrush.

He outlined the majority of residents have to rely on farming and tourism, which is seasonal.

“Some of the restaurants in Doonbeg village are doing reasonably well but the pubs are struggling. Publicans are doing their best to keep their licensed premises going with festivals, they work very hard to keep these going.

“Some of the shops in Kilkee are also struggling. John O’Dwyers, a big business in Kilrush closed, Shannonside is continuing to provide a hardware business in the town.

“Construction is gone down and that took a lot of employment away from labourers, tradesman and general construction workers.
A lot of the houses in West Clare have been turned into holiday homes.

“West Clare is very popular for tourists because it is on the Wild Atlantic Way,” he said.