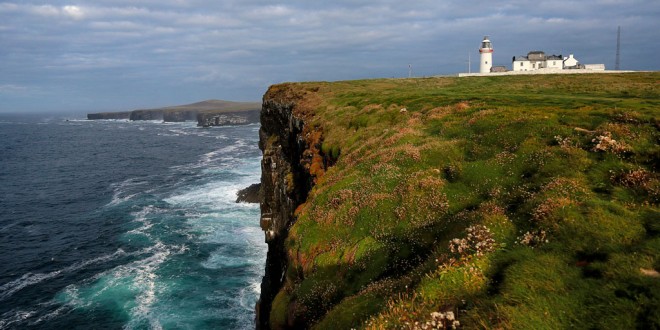 Loop Head Lighthouse, located on the Loop Head Peninsula, which is located near a local cycling trail. Photograph by Valerie O'Sullivan.

THE tourism and economic sectors in West Clare received a seismic boost on Wednesday when the Loop Head Heritage Trail won the Best Cultural Heritage Attraction at the World Responsible Tourism Awards in London. The awards are staged each year as part of World Travel Market.

Launched in November 2014, the Loop Head Heritage Trail was created by a network of 47 local businesses, now the Loop Head Tourism Network, which is based in the area.

“I’m very proud of what a group of people have achieved back in Loop Head. Some of the people are involved in the tourism industry but some aren’t and are just involved because they are interested in our heritage. It’s a great validation of where we live and the people we live with and how they view their home. Integral to us being here was our taking part in the official Irish Responsible Tourism Awards,” he said, adding that it is difficult to predict so soon what the scale of the possible economic impact on the West Clare tourism sector might be.

“I don’t know is the answer. We’ve never won an award of this scale before. But, for us, the real thing is we have a heritage trail, which is basic,” he said.

“We have, on purpose, not put out any hard interpretations on the sites because we haven’t found anything that would gel with where they have to go. It’s going to be very important how we physically put hard infrastructure on the ground here. There is a reason why, a year after we launched the trail, we don’t have 4x5ft interpretation boards out there. One of the first places I went to was the tech centre [at the World Travel Market] because I want to see what’s new out there that we could use on the heritage trail in an innovative way that is going to have no impact environmentally,” the Kilkee restaurant owner explained.

Mr Murphy is very confident that the win will be a major help to the peninsula’s marketing strategy.