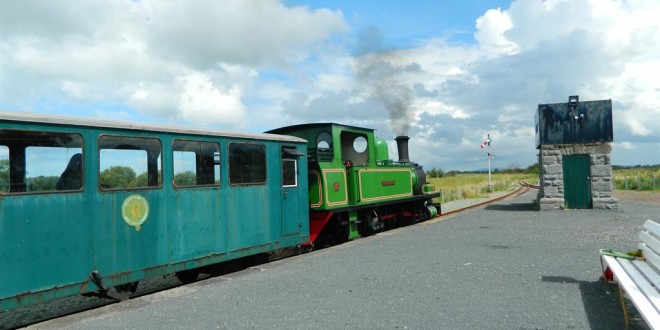 A MYSTERY figure has been detected in a photograph of the carriage of the West Clare Railway. 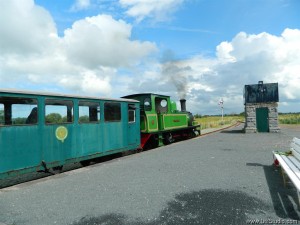 May Byrne, who visited the Moyasta last summer, recently contacted Jackie Whelan, who operates the tourist attraction, when she spotted a lone figure in the carriage of the Slieve Callan steam engine. Her husband, Ray, who is adamant that there was nobody on the train at the time, took the photograph.

“He is 100% certain that there was nobody on the train at the time. Mr Whelan was giving the tour in the station and Ray took the photograph while there was no people on the train,” May Byrne explained.

Speaking to The Clare Champion on Wednesday, Jackie Whelan was equally adamant that the train was unoccupied at the time.

“There definitely wasn’t anyone on board and I’ll tell you why. There was a crowd of people there together and they all came off the train. The standard practice is that when the train stops, the doors are closed and the ramp is put up. So there was no one on the train. That’s 100%. I can’t figure it out at all. May is pure convinced that it’s a ghost,” he said.

In his time he has heard talk of variously ghostly figures traipsing the local roads.

“There has been talk, down through the years, especially around Christmas, of a ghost coming from the direction of Doonbeg towards Moyasta. People have said they have heard it at night. There was talk about that,” he confirmed.

Jackie Whelan also revealed that the unidentified figure in the photograph is transparent.

“What makes it look like a ghost is that you can see the bushes through the shadow. If you look at the platform you can see the shadow of the seat. Her husband took the photo from the western side. I was standing behind herself [May] and the child. It’s unusual all right. There’s no doubt in the world about it,” he reasoned.

He is considering spending a night alone in the steam engine in an effort to establish if the ghostly figure is a regular passenger.

“I’d be tempted to go back and sleep in it to see would I meet that ghost. The ghost busters came down to Loop Head Lighthouse and they didn’t see any ghost there. At least you can see this one,” he pointed out.

May Byrne says that she is verging towards believing that the figure is from another world.

“I don’t dismiss anything. If something can’t be explained then I’ll believe it. I just thought it was strange. At first I thought it was somebody on the train. Then I realised it was not actually a person. That’s why I asked Mr Whelan if it was a reflection of something in the station,” she said.

Mrs Byrne and her family spent a week in Clare last summer and were hugely impressed by the railway station in Moyasta.

“I loved the railway station and Mr Whelan was such a nice man. What we picked up on that day was the pride he has in the work he’s doing. Myself and my husband said that the next time we’re down in Clare we’ll go back to the station,” she concluded. 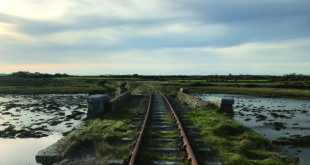 Percy French comes to a halt in Spanish Point