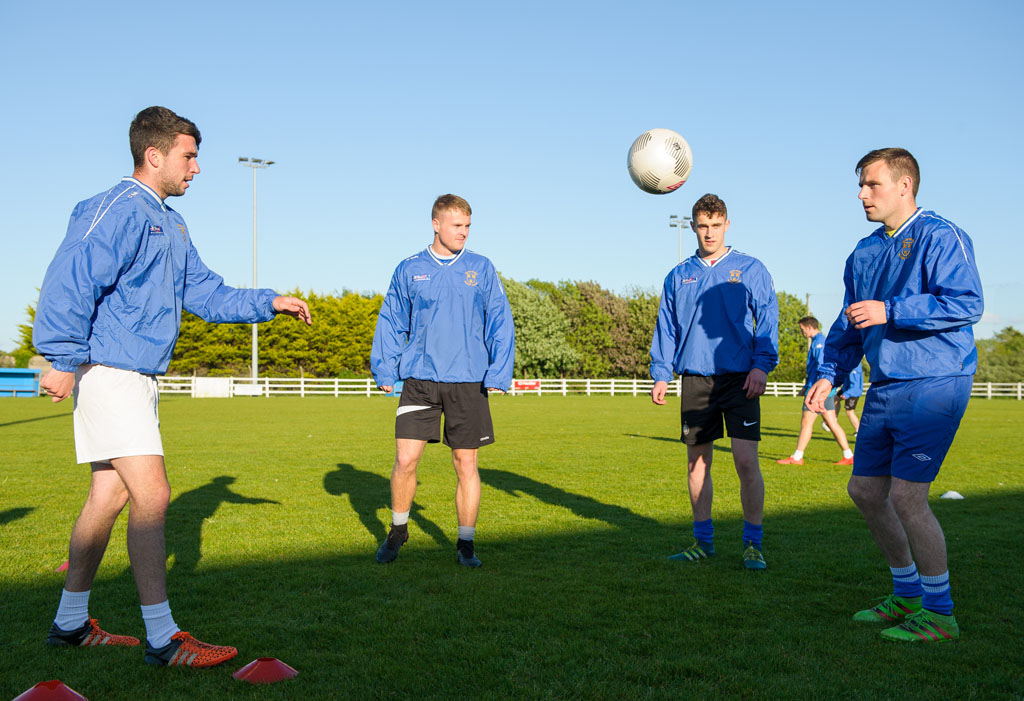 “We were up there, we watched them beat Galway in Deacy Park and they won well. They are very passionate players. We watched them against the Leinster Senior League. They had an man sent off and Leinster Senior League caught them in the last five minutes. I was on the pitch afterwards with Denis Hynes and I shook hands with Inishowen manager Denis O’Brien, whom I admire very much. I said ‘we are so disappointed’. We were looking forward to playing the final there; it’s such a brilliant pitch.”

The Doolin man added, “We went on and won the final and there were great celebrations followed by a civic reception, which was brilliant. It fills you with pride but you must keep your feet on the ground as well. The target again this year was to get out of the group. It was difficult. We got a late equaliser here [Frank Healy Park] against Roscommon. We got last year’s finalists, the Leinster Senior League, in the quarter-final and we beat them comprehensively.

“We got a really stiff draw against Wexford away in the semi-final. They had cut through everyone up to that like a hot knife through butter but we approached the game very carefully because we were limited, as guys were injured and unavailable. We played it clever. We played with the breeze in the first half.

“With experienced players, including the most experienced and best goalkeeper at this level in Ireland and an international centre-forward, you always have a chance. Our target now is to win it and make no bones about it,” he added.

Inishowen beating Clare in the final two years ago does not mean that there is a revenge element there this time.

“I don’t believe in revenge. I believe every time you put on a jersey for your county or your district, you are supposed to play at the top level. You are an elite player. You don’t have to have that beating-the-drum stuff. They beat us 2-1 before but that was our own fault. We travelled up on the same day, which was a mistake but we learned from our mistakes. We are travelling early the day before this time and we will have a good rest, which will give us a better chance to win.”

The Clare manager said he has been involved since 2010, when he came in with the late Hugh Kelly.
“Then I was chairman and in the last two seasons, I put my name forward for manager. When you go into a job, the person that will tell you they went in just to be manager, they are in the wrong environment. When you go to work, you go to do your best every day, you don’t just turn up to be part of the organisation. For Denis Hynes, David Russell and myself, our first target was to come out of the group. We achieved that. Then it was to win the quarter-final and we achieved that and then we said ‘there might be something here’. I got a message from former manager Liam Murphy, who said ‘one hand on the cup’ after that performance against Limerick at Pyke Rovers’ ground last year. I appreciate that. We played Donegal in the semi-final and won the final.”

Garrihy believes you must aim high.

“I have always gone to see the opposition, always have an ear to the ground. David Russell and Denis [Hynes] are very good at that, they are invaluable. It’s been advantageous to us. Denis has an UEFA B licence, which is invaluable to us. He has been with international teams and he does the same with us.”
He also is adamant that there must be a professional approach.

“We have never had squad sessions without having physios, proper nutrition and good facilities. The facility is here, so let’s use it. The gates used to be closed in this place but they are not any more. If you take the loose approach, what are you going to get?” he asked.

The junior manager believes Clare left a national youths title behind them in Galway this season.

“We were missing a top player, who got injured when he shouldn’t have got injured; it could have been avoided. We have really good players, players who are better. They play hurling and Gaelic football; there is an awful lot of talent in Clare and Clare is a sports mad county. We should have more internationals. Five or six were picked but others couldn’t give the commitment.”

He believes Sunday’s final will be difficult for Clare but has confidence in his squad.

“The away venue makes it more difficult. They will have huge support. It’s a soccer mad area. They have two senior clubs; Finn Harps and Derry City. They have intermediate clubs. They have loads of players; they have international players. Irish captain Seamus Coleman is from Killybegs. It’s great to be there and it’s where we want to be,” he concluded. 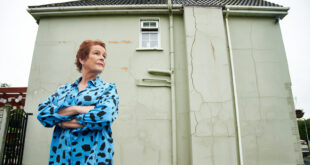