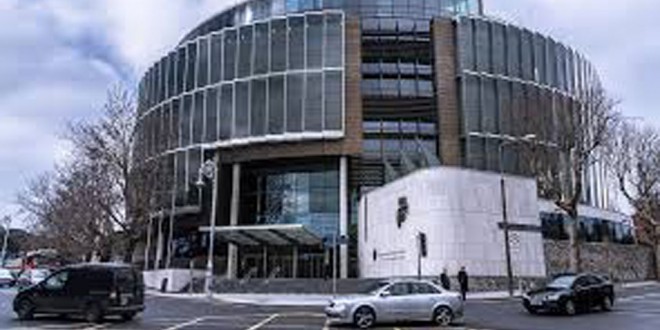 A 41-year-old man who strangled his brother to death with a bungee cord and was found not guilty of his murder by reason of insanity, has been committed to the Central Mental Hospital.

Declan O’Cualain, with an address at An Caoran Beag, An Cheathru Rua, County Galway was charged with murdering his brother Adrian Folan (O’Cualain) at Lislorkin North, Liscannor, on July 4 2014.

Last month at the Central Criminal Court Mr O’Cualain pleaded not guilty to murdering Mr Folan by reason of insanity.

At the beginning of the trial prosecution counsel, Mr Anthony Sammon SC, told the jury that the accused had become “fixated with pedophilia” and held the baseless delusion that his brother was a person “afflicted with this difficulty and he may have sexually abused a sibling”.

Mr Sammon said the accused was in “an utterly delusional state of mind” at the time and the delusions were “not to be given any weight whatsoever”.

During the trial two consultant forensic psychiatrists gave evidence that Mr O’Cualain should not be held responsible for his actions and he met the requirements for the special verdict of not guilty by reason of insanity.

Both consultant forensic psychiatrists agreed that Mr O’Cualain had his lithium dosage of medication discontinued less than one month before he strangled his brother to death with a bungee cord.

On April 22, after a period of just 21 minutes deliberating, a jury of nine men and three women returned a verdict of not guilty by reason of insanity.

That same day Ms Justice Margaret Heneghan made an order committing Mr O’Cualain to go to the Central Mental Hospital (CMH) and to be brought back before the court today.

Dr Linehan told Ms Torrens she had prepared a report for the assistance of the court in relation to the accused Mr O’Cualain.

The court heard Dr Linehan assessed the accused in April 2016 and was in a position to provide a summary of his progress to the court.

Dr Linehan told the court that Mr O’Cualain was admitted to the CMH in December 2014 and put under her care in February 2015.

The court heard that since Mr O’Cualain was put under her care, his insight into his illness has improved. He is on anti- psychotic and mood stabilising medication.

In a recent assessment, Dr Linehan said the accused became tearful when he spoke about his deceased brother but there was no evidence of delusions.

“In my opinion he suffers from a bipolar defective disorder which is a mental illness. This affects his thinking and seriously impairs the mental function of a person. He has responded well to treatment since his admission to the CMH, ” she said.

The court heard that Mr O’Cualain is in the early stages of his rehabilitation and he has “further therapeutic objectives to achieve.”

“He has a mental disorder and is in need of inpatient care at the Central Mental Hospital,” she said.

Dr Linehan recommended to the court that her patient be committed to the CMH and she confirmed that there was a bed available for him there today.

The prosecution counsel then handed a letter to the court, to be placed on the court file, on behalf of the O’Cualain family.

Ms Justice Margaret Heneghan told the court she had heard the evidence from Dr Sally Linehan and was satisfied that the accused was found not guilty by reason of insanity.

“I’m satisfied on the evidence given by Dr Linehan that Mr O’Cualain is suffering from a mental disorder and is in need of inpatient treatment at the CMH,” said the judge.

Ms Justice Heneghan then made an order committing Mr O’Cualain to the CMH for inpatient care.

“I have noted what is expressed in the letter and that will go on the court file,” she said.

Previous Video: Unique footage of Boeing 767 being towed away from Shannon
Next Clare unchanged for replay