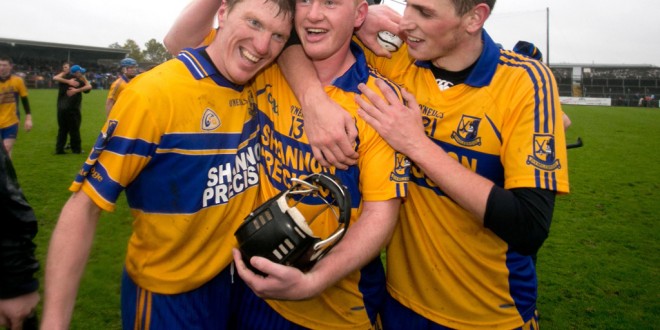 GAA championship to whet the appetite

THERE was great excitement and debate following the 2014 GAA championship draws at the West County  Hotel on Friday evening. A great deal of attention focused on the senior hurling and football champions, Sixmilebridge and Cratloe respectively, and who would challenge them in the group stages.

Football champions Cratloe were first to learn who their opponents will be in the opening round as the draw for the Jack Daly cup was the first to take place.

Its a repeat of last year ‘s as the champions will take on Eire Og in what many believe will be the game of the round. Doonbeg, beaten finalists in 2013 will take on Ennistymon. Neighb ours Cooraclare and Kilrush will clash in the opening round for the second year in succession. Cooraclare were victorious last year on a scoreline of 0-11 to 0-8.

Hurling cham;pions Sixmilebrige have been drawn in the same group as Crushen, Cratloe and Kilmaley. “A very tough group” is how Bridge manager John O’Meara described the outcome.

The full draw is;